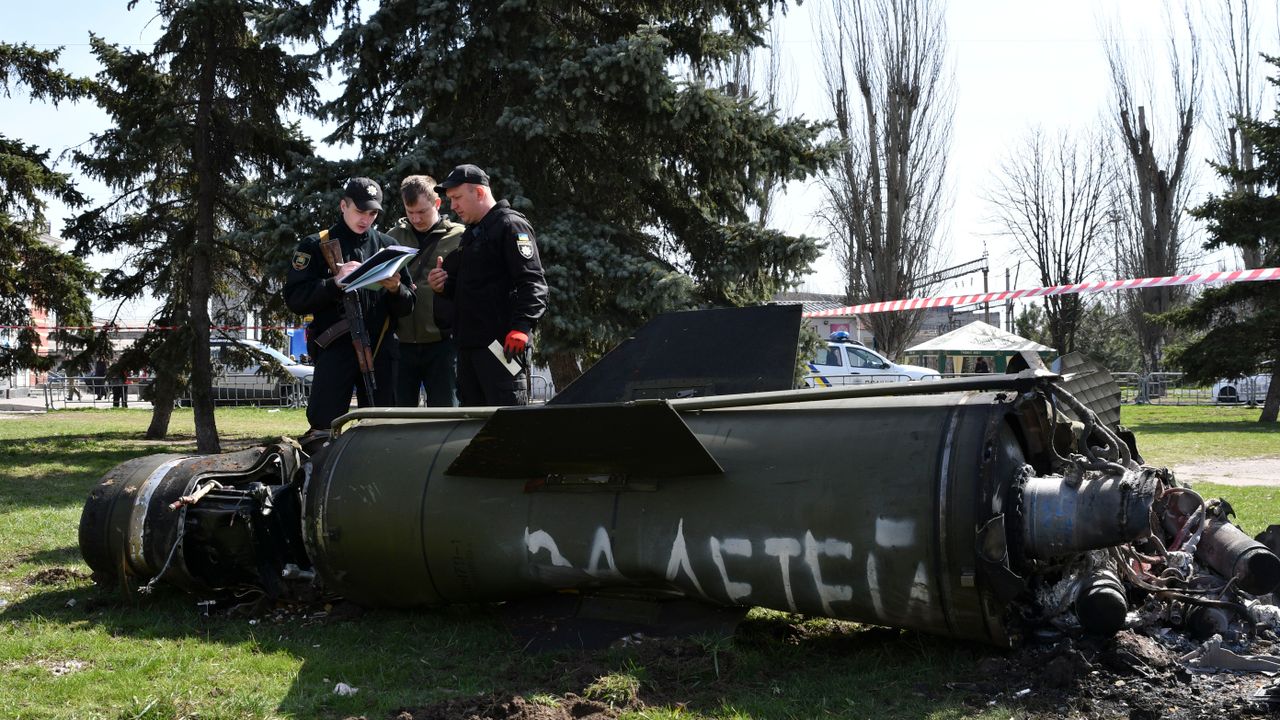 This article was originally posted as a thread on Twitter.

The missile that reportedly killed at least 50 people at Kramatorsk train station was immediately denounced as a Russian war crime without any investigation. But there is reason to question this conclusion.

The Russian Defense Ministry has denied the charge, saying Tochka-U missiles are used by the Ukrainian military. It is certainly true. An article published by the web publication “1945” on March 30 is title: “Tochka: the missile that Ukraine could use to attack Russia?”

Author Brent M. Eastwood, editor of Defense and National Security 1945, reported that “the Ukrainians have their own short-range ballistic missile called the Tochka beginning to make its presence known.” The report continues:

The Tochka specializes in destroying buildings and the Ukrainians may have used it to pulverize a structure that housed pro-Russian separatists in Donetsk in a strike that killed 23 people on March 14.

The Ukrainians denied firing the missile. However, the Russians also claimed to have shot down another Tochka missile on March 19. Regardless of the truth of the allegations and denials, the Ukrainians, writes Eastwood, possess between 90 and 500 missiles.

Another important piece of information provided by Eastwood is that Ukrainian Tochka missiles “are deployed in the Donbass and in the south of the country”. Kramatorsk is located in the Donbass region.

The fact that the Ukrainian military has an arsenal of Tochka missiles – and that such a missile was used in an attack last month (mostly ignored by US media) that killed 23 ethnic Russians in Donetsk – does not prove that Ukraine fired the missile that hit Kramatorsk.

But it is entirely possible, even probable, that the Ukrainian army, with its ruthless fascist contingents, launched the attack, knowing that it will fuel the atrocity propaganda that plays such a large role in the war of NATO against Russia.

The publication of photos of a missile part with the handwritten message in the Russian language, “for children”, is a strong indication that the attack on the station was staged for propaganda purposes. It is anything but unbelievable that the Russian military placed such a provocative and self-incriminating message, amid the furor over the Bucha incident, on a missile it planned to fire at a crowd of innocent civilians. What would that be rationally for? And who can’t believe that the discovery of this missile part, with its perfectly legible inscription, is too much of a coincidence?

The Ukrainian regime has carte blanche to do whatever it wants, because the media will immediately, and without any investigation, blame the Russians.

Putting women at the heart of global economic recovery