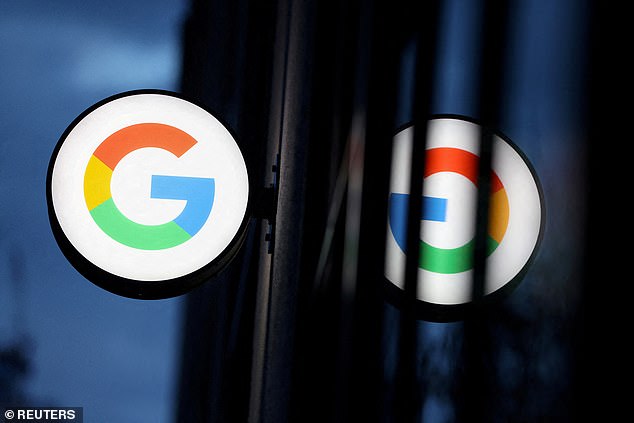 By Henry Martin for Mailonline

Britain’s competition watchdog announced today that it has secured a legally binding undertaking from Google to address antitrust concerns over its controversial ‘Privacy Sandbox’ scheme.

This follows warnings that the tech giant’s plans to replace third-party cookies in its Chrome browser would increase its dominance of the online advertising market and hit publishers’ revenues by up to 70%.

The new technology will replace cookies, in which advertisers track individuals across the websites they visit, with a system that divides users into cohorts.

Earlier, the Competition and Markets Authority warned that the changes could strengthen Google’s dominant position in online advertising, with third parties no longer able to track users and gain insight into their interests. online browsing.

He also warned that the changes could undermine the ability of online publishers to generate revenue and continue to produce valuable content in the future, reducing the public’s choice of news sources.

But now the CMA says the search engine has signed up to legally binding rules designed to ensure publishers aren’t rushed when rolling out sandbox technology.

After agreeing to Google’s proposed changes, the regulator’s chief executive, Andrea Coscelli, said he would keep a “close eye” on the Silicon Valley giant and “we are under no illusions that our work is finished”.

Regulators said they wanted to ensure the changes protect consumers from both competition and privacy and will not be implemented until a series of testing phases.

Third-party cookies will not be removed until AMC is satisfied that its competition concerns have been resolved.

The commitments, which span six years, include the CMA and the Information Commissioner’s Office (ICO) collaborating with Google in the development and testing of new Sandbox proposals.

This follows an antitrust investigation launched 13 months ago after outrage over publishers’ and advertisers’ plans.

The “Movement for an Open Web” (MOW) alliance of technology companies, advertisers and publishers had said that Google had admitted that deleting third-party cookies “without adequate replacement” would cause the company to lose more than 50% most of the world’s top 500 publishers. of their income, and some more than 70 percent.

Google has already delayed rolling out plans until 2023 and aims to roll out the new proposals globally if they are successfully implemented in the UK.

He pledged to be more transparent than the initial proposals presented, including the publication of test results, with the CMA authorized to intervene if necessary.

Third-party cookies will not be removed until AMC is satisfied that its competition concerns have been resolved.

The CMA added that it had the right to reopen its investigation, first launched in January 2021, if necessary.

Google will limit data sharing within its own organization to ensure it does not gain an advantage over competitors when third-party cookies are removed.

The company will also undertake not to give preference in its advertising services, while a monitoring agent will be appointed to work alongside the CMA.

Regulators said they wanted to ensure the changes protect consumers from both competition and privacy and will not be implemented until a series of testing phases.

Andrea Coscelli, Chief Executive of CMA, said: “While this is an important milestone, we are under no illusions that our job is done.

“We are now entering a new phase where we will keep a close eye on Google as it continues to develop these proposals.

“We will engage with all market participants in this process, to ensure that Google takes into account the concerns and suggestions raised.”

The Competition and Markets Authority (CMA) regulator said in a statement: “The commitments we have secured from Google will promote competition, help protect online publishers’ ability to raise funds through publicity and to protect the privacy of users.”

Google separately said it would “enforce the commitments globally,” adding “they provide a roadmap for how to address both privacy and competition issues in this evolving industry.”