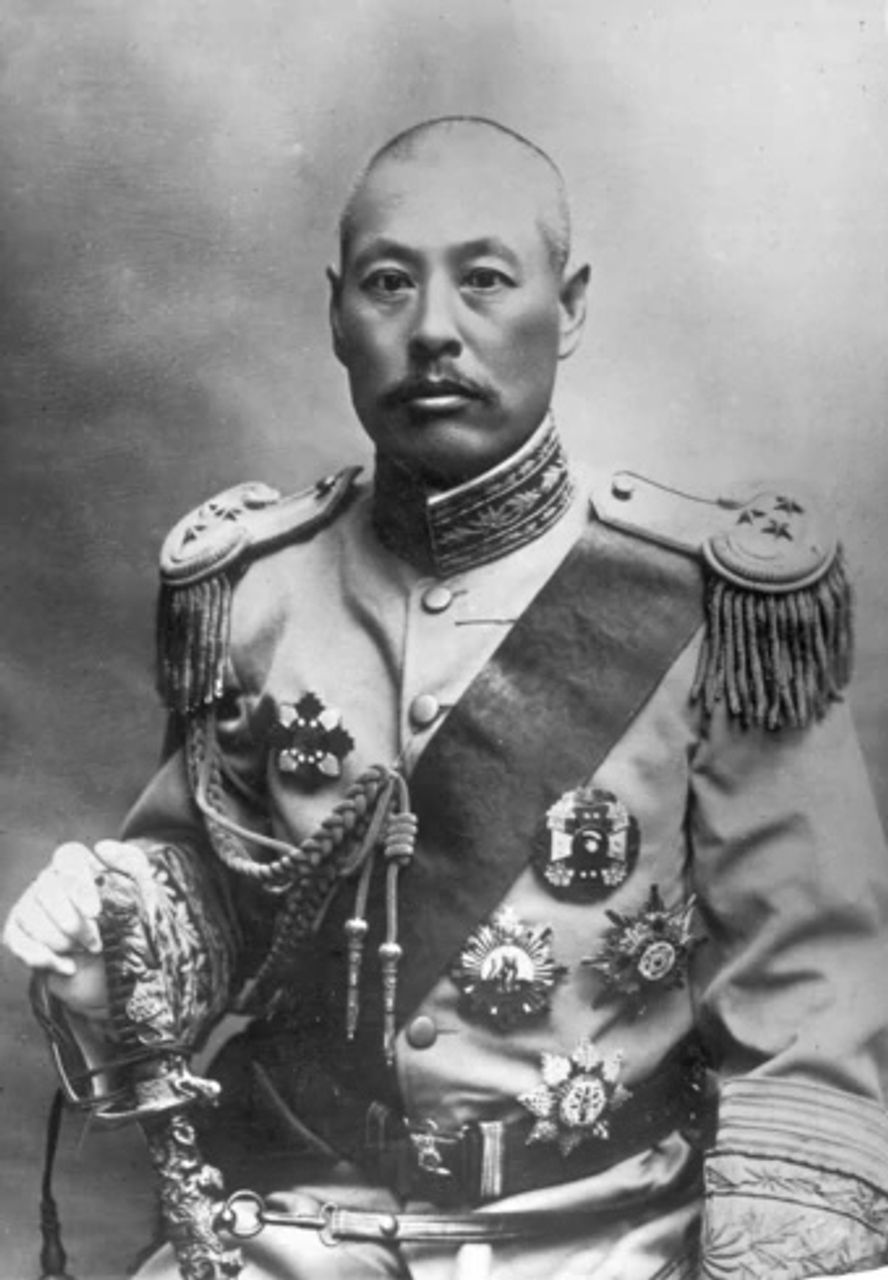 25 years ago: Nike workers strike in Vietnam and Indonesia

On April 25, 1997, thousands of workers struck at Nike shoe factories in Vietnam and Indonesia in a powerful demonstration of opposition among Asian workers to the operation of sweatshops imposed by multinational corporations.

In Vietnam, a three-hour work stoppage took place at the South Korean Sam Yang factory, a Nike subcontractor, near Ho Chi Minh City, the former Saigon. About 3,000 workers took part in the walkout. The strike was sparked by a contract offer from the company that included a pay rise of just 5%, bringing the workers to the equivalent of $40.32 a month. Most Nike shoes sold for well over $100 a pair in the United States.

The Vietnamese government secured an end to the strike after Labor Ministry officials told workers that a government regulation limited the wage offer to a total of 10% over two years. The workers also demanded that contract offers be presented at least two days before they were required to vote on them and that harassment by management be prohibited.

The action by Nike workers in Indonesia was both broader and more violent than the strike in Vietnam. Thousands of workers at PT Hardaya Aneka Shoe Industry, a Nike contractor in Tangerang, an industrial suburb north of Jakarta, clashed with police and set cars on fire after a wage strike began unresolved. Two workers were hospitalized after police attacked them.

The factory’s 10,000 workers complained that they weren’t even paid the legal minimum wage of $2.50 a day. Three days before the violence erupted, 13,000 workers from the Nike factory and other nearby garment factories came out and staged a six-mile-long protest demanding higher wages.

The Indonesian workers’ rebellion came on the eve of the opening of the official campaign for the national elections to be held in May. Elections were held every five years to provide a democratic fig leaf for Suharto’s dictatorship. The day after the Nike strike ended, the military regime issued a “shoot to kill” order against any further disruption during the election campaign.

50 years ago: the Hutu uprising was accompanied by a massacre in Burundi

The uprising was sparked when an exiled Hutu leader, Ntare, returned to Burundi at the end of March. Once in the country, he was immediately placed under house arrest by Micombero. Ntare was murdered in captivity on April 29. On the same day, Micombero announced that he was dissolving parliament and dismissed all government officials who were not loyal to his regime. Hoping to capitalize on the crisis, Hutu militants launched their uprising later that night, invading government offices and armories in the south of the country and declaring the formation of a new state, the Republic of Martyazo. It is estimated that around 1,000 Tutsis were killed.

Micombero received military support from France and Belgium, as well as neighboring Zaire and Tanzania. By May 10, the Burundian government had taken over all rebel-held areas. Micombero then unleashed deadly reprisals against the Hutus. Estimates place the number of Hutus killed at between 100,000 and 300,000, with another 500,000 refugees. Educated people were particularly targeted. Perhaps 75% of literate Hutus were killed.

Ethnic divisions were a long-standing tool of the imperialists, which the bourgeois nationalists of the “decolonization” of Africa were unable to overcome. Germany first colonized Burundi and neighboring Rwanda in the 1880s, and was supplanted by Belgium after World War I. European powers granted privileges, administrative and military positions to Tutsis, while Hutus, who made up 85% of the population, were deprived of their basic rights and lived in abject poverty.

75 years ago: Massacre of the right during a May Day demonstration in Sicily

On May 1, 1947, workers and peasants in the Sicilian municipality of Piana degli Albanesi were hit by a deluge of gunfire as they marked May Day, the holiday of the international unity of the working class. Eleven were killed and 27 were injured in the massacre, which prompted a general strike by the Italian working class which included 6 million workers.

In the morning, a crowd of hundreds of people, mostly poor peasants, had gathered several kilometers from the town of Piana degli Albanesi. They had to listen to several speeches before marching to the village of San Giuseppe Jato near Palermo. As the local Communist Party secretary began to address the crowd, the crowd was hit by a burst of machine gun fire. The shots came from several nearby hills and men on horseback also opened fire.

Salvatore Giuliano, a local separatist leader, was accused of being responsible for the attack, which he admitted. Giuliano’s regional separatism went hand in hand with banditry. As his proponents sought to portray this in Robin Hood terms, Giuliano’s militia activities intersected with the shadowy operations of the Mafia and right-wing political forces. Giuliano would never name other parties involved in the massacre or provide a clear motive for the massacre, but it was definitely political.

The shooting took place during the second May Day rally after World War II and the defeat of the fascist forces that had ruled Germany and Italy. Italian society was deeply polarized, with a working class determined to settle scores with a backlash against the same right-wing forces that had been prominent under the fascist dictatorship of Benito Mussolini.

Significantly, the massacre took place just twelve days after the announcement of the results of the Sicilian regional elections. The so-called People’s Bloc, made up of the Communist Party and the Socialist Party, had overwhelmingly defeated the Christian Democratic Party and other right-wing formations. This has deepened the crisis of the unstable national government of Christian Democrat Prime Minister Alcide De Gasperi.

His interior minister, Mario Scelba, was among the most insistent that the shooting was “apolitical” and linked solely to local banditry. Communist Party leader Girolamo Li Causi reportedly accuses Scelba of being directly involved in the massacre, which he said was part of a broader national government campaign against left-wing forces.

The Communist Party had played a key role in creating the conditions for the massacre. In accordance with the class collaboration program of Stalinism, he had supported the Allied occupation of Italy at the end of the war and the re-stabilization of capitalism. The Communist Party entered the first “national unity” governments after the war.

The massacre occurred as the alignment between Stalinism and the British and American imperialist powers crumbled and gave way to the Cold War, which resulted in the elevation of De Gasperi, a fierce anti-Communist.

On April 29, 1922, civil war broke out in China between two rival factions of warlords within the regime in northern China known as the Beiyang government.

The two factions, the Zhili clique led by Wu Peifu and the Fengtian clique, led by Zhang Zuolin, had combined in 1920 to seize Beijing from a third faction, the Anhui clique. They ruled in an uneasy coalition that broke up when the Fengtian clique, which had the support of Japanese imperialism, replaced the prime minister and cabinet and redirected funds allocated to the Zhili clique, which had the support of Japanese imperialism. British and American imperialism. Wu Peifu forced the collapse of the Fengtian-led government, and both factions had mobilized their forces by April 25.

The struggle, known as the First Zhili-Fengtian War, began on April 29 when Zhang Zuolin led a force against Zhili’s headquarters in Baoding, 150 kilometers southwest of Beijing. The following day, martial law was declared in Beijing and fighting reached the outskirts of the city.

The US Legation has called on the US government to send a warship to Tianjin, the coastal city 108 kilometers southeast of Beijing. Over the next few weeks, the Zhili faction won several decisive victories. British missionaries then brokered a peace between the two factions and Fengtian forces retreated to Manchuria.

Wu Peifu took control of the government in Beijing and the Zhili clique ruled alone until 1924 when the Fengtian clique, again backed by Japan, overthrew it.

Freshworks Inc. (NASDAQ:FRSH) is expected to report earnings of -$0.05 per share