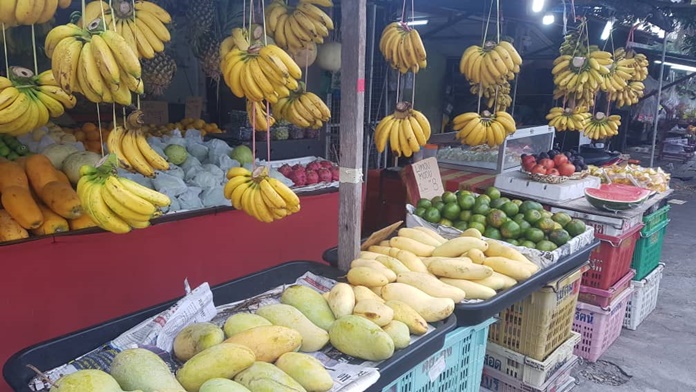 Tackle the fundamentals to prepare for an unstable global economy

Malaysian politicians appear increasingly concerned with racial, religious, social and political distractions for their own political survival and weak leadership capacities as the world scrambles to cope with looming climatic, economic and geopolitical uncertainties..

Every day, whether it’s the news or social media, Malaysians are choking on more and more antics from ridiculous, circus-worthy politicians – whether it’s making citizens scream for a change English names in Malay or erect signs in schools without Chinese and Tamil characters.

There is an excessive build-up to apparently address the fairness of bumiputeras in companies, as if non-bumiputeras don’t exist or don’t matter.

Wearing batik clothing to cement national unity is central to our aspirations to nurture a “Malaysian family”.

But who’s talking about the global economy and the crisis in the global food chain? and the need to strengthen our national security and fight against climate damage and jobs? It seems that only citizens and NGOs are more concerned about these issues than our elected MPs.

The value of rice imports to Malaysia is around RM2 billion. In 2019, it had already passed 1.9 billion RM. As the rice producing countries beyond our shores prepare to face the food chain crisis and economic uncertainties, where will Malaysians source their rice from?

Let’s also not forget that Malaysia is also heavily dependent on imports of many key commodities, including wheat, protein flours, dairy, beef and fruit.

Support the struggle to build a Malaysia based on Justice, Freedom, Solidarity:

According to a Malaysiakini article in 2019, “In terms of fruits, Malaysia imported RM 204 million of coconuts, RM 74 million of mangoes and RM 38 million of bananas. And the list continues. All of this can be planted and produced in Malaysia.

As geopolitical tensions build up and economies around the world become strained, governments will prioritize immediate and higher to ensure there is enough food for their own citizens.

What are our national plans that can be put on hold to avoid a likely scenario where it is no longer viable to source food from our usual trading partner countries? Does a politician table a bill for public debate and approval?

The 100 days have passed for the government of Ismail Sabri Yaakob. And have we heard of economics, food chain crisis strategies and job re-mobilization? No.

All we hear in state electoral circuits is which logo to use for party partnerships; which party distributes more food rations and cash; and threats of blocking development projects if a party loses in elections.

As the world heads towards a precarious and turbulent future, we Malaysians are fed speeches of promises, more promises and endless promises.

We are hearing about an increasing number of migrant workers from new countries of origin. We hear about large multi-billion ringgit infrastructure projects, including the relaunch of failed projects.

The frightening reality of people waving white flags during the pandemic just to have basic meals on the table has not shaken our politicians.

Instead, buying high-end imported cars to replace existing Malaysian-made cars for politicians was an important and urgent priority for the government.

Time is against us. We must relaunch our national preparation for the difficult times that lie ahead.

We need to engage country experts and billionaire technocrats to come to the table with workable plans that can avert any potential crisis.

It is time for the people and the media to come together to demand from our paid and well-rewarded politicians a future that will not plunge the nation into a trap before us.

We need to know how and what to do to prepare for the worst. It is foolish, naive and absurd to pretend that all is well with us.

With our national debt (including the debts of the State, communities, municipalities and social insurance) increasing in relation to the gross domestic product (GDP) from 54.4% in 2017 to 67.0% in 2021, n ‘ don’t we have a lot to worry about?

While some politicians are sending out feel-good messages about our foreign direct investments, the truth is that our investment income has declined. In 2020, our net inflows contracted by 54.8% compared to the previous year alone.

And while Singapore, Hong Kong and Japan remain the main investing countries, with Vietnam, Thailand and Indonesia becoming icing on the cake, what guarantee is there that the three countries will continue to invest in Malaysia in more difficult times?

You should know that a crisis does not occur suddenly. A crisis by definition occurs when things go unnoticed for long periods of time with issues overlooked and unattended.

A food chain crisis or economic collapse will hit us the hardest as long as we let politicians put blinders on people. – Malaysiakini