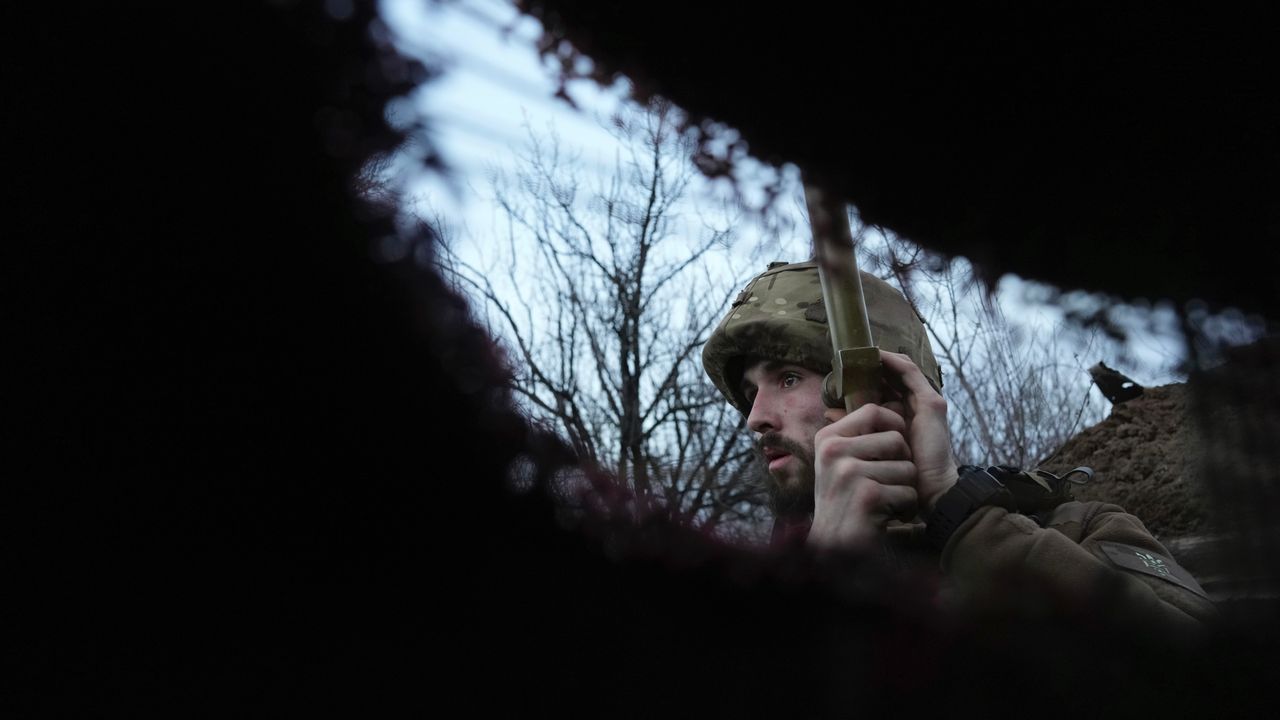 Amid a pandemic that has killed nearly a million people in the United States and continues to kill more than 2,300 every day, the Biden administration is focusing its full attention on an increasingly hysterical campaign of war with Russia.

Late Sunday evening, it was reported that US President Joe Biden had agreed “in principle” to hold a meeting with Russian President Vladimir Putin on the situation in Ukraine at some unspecified date in the future.

In his report on the planned summit, the Washington Post wrote: “Although senior US officials say they believe Putin made the decision to invade, White House press secretary Jen Psaki said in a statement that US officials are “committed to continuing diplomacy until an invasion begins”. She confirmed that Biden had accepted the invitation – “again, if there was no invasion.”

This claim is absurd. If Putin had already decided to invade, as Biden asserted during his Friday press conference, Putin would not invite Biden to a summit. Can we seriously believe that having given the definitive green light to a vast military operation, Putin could simply stop it with a wave of his hand?

In his report on the scheduled meeting, the New York Times wrote that “a senior White House official said there are no plans for the format or timing of a meeting between the two leaders. Another official called it all completely fictional and said all the evidence suggests that Russia still intends to invade Ukraine in the coming days.

Moreover, the initiative for the summit did not come from the United States, but from discussions between Putin and French President Emmanuel Macron that took place over the weekend.

Mr. Macron’s outreach to Russia began with Sunday morning’s phone call with Mr. Putin, during which the two leaders agreed on “the need to prioritize a diplomatic solution to the current crisis”. and to secure a ceasefire in eastern Ukraine within the next few hours, according to a statement from Macron’s cabinet.

The press release adds that “if the conditions are met”, a diplomatic channel must allow “a meeting at the highest level in order to define a new order of peace and security in Europe”.

Mr. Macron then spoke to Mr. Biden by telephone.

A second statement from Mr Macron’s office said the French president had proposed a summit between Mr Biden and Mr Putin “and then with relevant stakeholders to discuss security and strategic stability in Europe”.

But late Sunday evening, it was still unclear how significant the new efforts to avert a major war in Europe had been.

All of this makes it clear that the discussions between Macron and Putin were not wanted by the United States, which is determined to provoke conflict and anticipate any effort to stop a war.

Sunday night’s developments are yet another demonstration of the vast chasm that separates the Biden administration’s wartime propaganda, repeated endlessly in the media, from reality. They only underscore the element of recklessness and lies that has characterized the entire fabricated crisis around Ukraine.

The situation remains extremely dangerous. Even if it wanted to, the Biden administration may no longer be able to control the crisis it has caused. The United States tricked fascist Ukrainian military forces into believing they had NATO backing for their ongoing offensive to retake areas of eastern Ukraine now controlled by pro forces. -Russians. Is the Biden administration in a position to go back on its promises?

The announcement of a Biden-Putin summit comes amid hysteria in the US media that Russia is plotting an imminent false flag operation to justify an invasion of Ukraine. The U.S. Embassy in Moscow issued a statement on Sunday warning U.S. nationals of “threats of attacks on shopping malls, train and subway stations, and other public gatherings in major urban areas, including Moscow and St. Petersburg”.

In provocative remarks before the UN Security Council last week, US Secretary of State Antony Blinken cited “a so-called fabricated terrorist attack inside Russia” as a possible operation. “false flag”. The US Embassy statement raises the question: is the US, in conjunction with fascist organizations in Ukraine, planning to stage a terrorist attack and use any Russian response as justification for the war ?

Two factors are driving the hysterical war frenzy in the media and the political establishment.

First, there are the longstanding geopolitical interests of US imperialism in confronting Russia and undermining its control of the region between the Black Sea and the Caspian Sea, as well as in the Middle East.

However, the dominant factor in the defining events is the effort on the part of the American ruling class to distract from the massive internal crisis produced by the COVID-19 pandemic.

In just over a week, Biden is due to deliver his State of the Union address on March 1. Biden wants to deliver his speech to Congress under conditions dominated by self-generated hysteria over Russia and Ukraine. Donning the mantle of a “wartime president,” Biden is seeking to unite with the far-right Republican Party, which just over a year ago backed a fascist coup aimed at prevent him from taking power.

The official death toll from the COVID-19 pandemic in the United States will surpass one million within weeks. The Biden administration and the Democratic Party are now removing all restrictions on the spread of COVID-19, declaring a “new normal” in which COVID-19 must become “endemic,” meaning it will potentially infect and kill people. hundreds of thousands of people. people every year.

There is growing anger and opposition in the working class, fueled by the pandemic and the social and economic consequences of the ruling class’ response to it, including soaring inflation of basic goods and services. .

While refusing to fight the pandemic, the American ruling class is bringing the world to the brink of a catastrophic military conflict.

Amid the universal war hysteria that has gripped the media and the political establishment, perhaps the biggest lie of all is that a conflict with Russia can be ignited without it becoming a global disaster.

In his February 14 statement, “Oppose the U.S. and NATO push for war against Russia in Ukraine! the International Committee of the Fourth International warned that “whatever the strategists in Washington and European capitals may dream up, recourse to war will not solve anything”. of their problems. Criminals who unleash such cataclysms will discover to their dismay the truth of the adage that those who sow the wind will reap the storm. The war with Russia in Ukraine, no matter how it begins or however the course of its initial stages, will not be contained.

Regardless of how the situation develops in the short term, there is no peaceful solution to this crisis. Imperialism is sliding towards disaster. The only way to stop the descent into a new, more catastrophic world war is through the intervention of the working class. The fight against war must be linked to the fight against exploitation and the response of the ruling class to the pandemic.

On Saturday February 26, the World Socialist Website is hosting an international online webinar, “Fight COVID and Save Lives! Stop the road to World War III!” This meeting will be addressed by leading members of the International Committee of the Fourth International and will develop a political program to mobilize the working class against war and the pandemic.

We call on all our readers around the world to register and plan their participation in this crucial international event today.

How to use IPFS (Interplanetary File System) • Benzinga