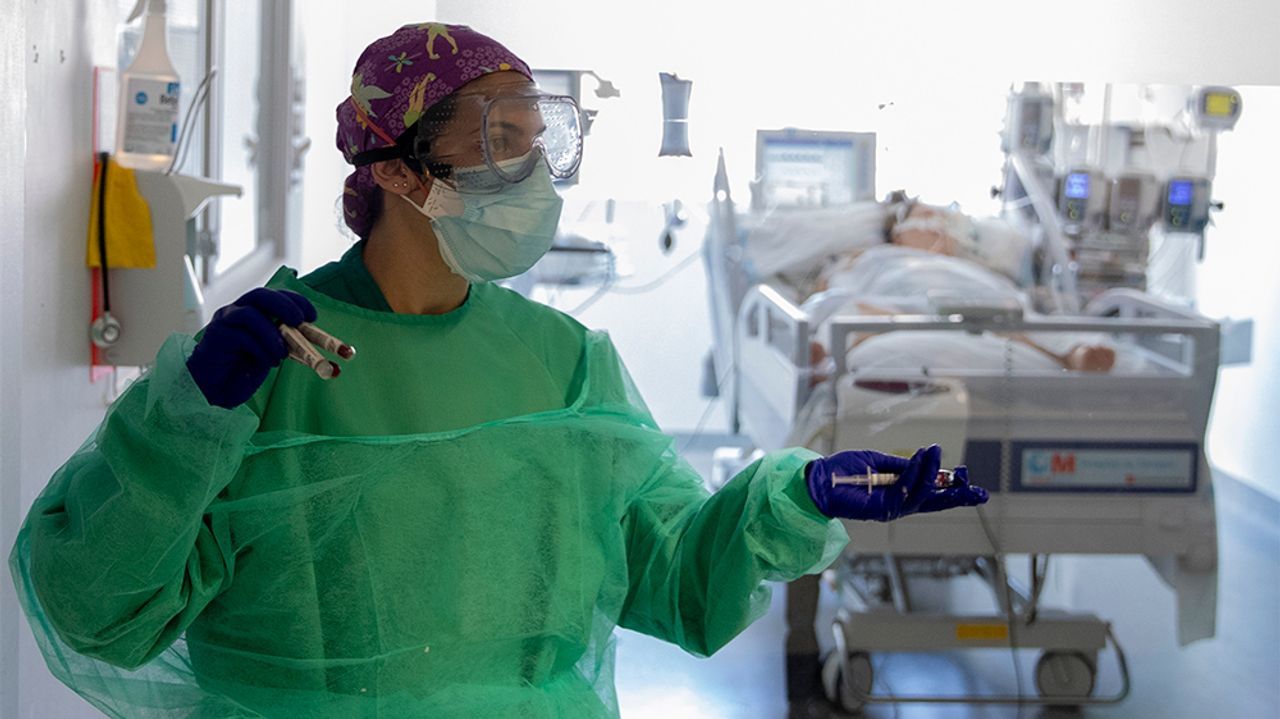 The pseudo-left Morenoite Revolutionary Labor Current (CRT) is agitating against China’s “Zero COVID” policy, as the pandemic rages out of control in Spain, Europe and around the world. Spain is approaching the grim threshold of 10 million confirmed cases of COVID-19, more than a fifth of the population. Yet the CRT denounces China for adopting science-based health policies designed to stop the spread of the coronavirus and thus save millions of lives.

In its opening lines directly below the headline, the CRT summarizes its opposition to China’s elimination strategy, describing it as repressive and authoritarian. He says, “The Chinese government has upheld a policy of ‘zero tolerance’ which includes police persecution, repression and total closures. However, the Omicron variant appears to be avoiding these measures and infiltrating major cities two weeks before the start of the Winter Olympics.

Contrary to its hostile portrayal of China’s attempts to fight the pandemic, the CRT’s acknowledgment that coronavirus cases are nonetheless being imported into China can only be interpreted as an indication that Morenoites see renewed contagion as a good thing. . This casual acceptance or even celebration of the re-entry of the virus into territory where it had been virtually eliminated is a demonstration of the CRT’s indifference to the deaths and long-term health consequences that COVID-19 brings.

“China has remained ruthless in its policy of ‘zero tolerance’ against COVID,” the CRT continues later in the article, “with strict restrictions on mobility, repression and persecution, selective or complete lockdowns for containing epidemics and the practical total closure of its borders.”

What were the results of the policy denounced by the CRT? China, on the other hand, a mass society of more than 1.4 billion people, has recorded just over 100,000 cases since the start of the pandemic and fewer than 5,000 deaths. In the whole of 2021, only two people died from the virus in this country.

This extraordinary contrast speaks to the fact that a successful elimination strategy can be pursued. Despite being the birthplace of the virus, China was able to quickly bring the outbreak under control through a series of public health measures, including the closure of non-essential businesses, widespread testing, contact tracing, isolation safe from infected patients and strict movement. limitations.

As the example of China and a few other capitalist countries shows, there is nothing inevitable about the continuation of the deadly waves of the pandemic. There is potential for mobilizing social resources to eradicate COVID-19. If measures were implemented in a globally coordinated manner across the world, the pandemic could quickly be stopped.

It is such a policy, which could have saved countless thousands of lives, that the Morenists of the CRT oppose. What were the consequences of the rejection of such policies by the European Union (EU) and the Socialist Party (PSOE)-Podemos government in Spain?

After more than 1.6 million deaths from COVID-19 in Europe, the rolling seven-day average number of deaths continues to rise in Spain, where more than 1,100 people died last week. The excess death figures show that the total number of deaths from COVID-19 in Spain is well over 100,000. More than 4,000 of them have arrived since mid-November, when the Omicron variant began to take hold. feel, belying the claim that the virus was rendered harmless through widespread vaccination. About half of the total number of cases occurred in this latest wave alone.

Nearly 20,000 people are currently hospitalized with COVID-19, a level not seen since February last year. About 2,300 people are in intensive care units (ICUs), the highest number since May 2021.

The huge number of deaths and the incalculable impact on health are the direct result of the criminal and murderous policy pursued by the Socialist Party (PSOE)-Podemos government. They refused to follow a scientifically guided policy to eliminate the pandemic, instead prioritizing the interests of Spain’s banks and big business over the health and lives of its people.

Throughout the pandemic, Morenoites have constantly agitated against containment measures. In January last year, as the catastrophic “third wave” of the pandemic claimed hundreds of lives a day, the CRT issued a statement denouncing social distancing restrictions as “authoritarian and palliative” measures, stating: “As if it were a faucet, they or they [the PSOE-Podemos government] limit our freedoms and movements as they please.

At other key times during the pandemic, such as when the PSOE-Podemos government lifted its limited restrictions in April last year, the CRT played down the risk of infection. He reacted silently to the Spanish Constitutional Court’s reactionary August ruling that the COVID-19 lockdown measures imposed in the spring of 2020 were unconstitutional. At the end of the summer, he called for “in-person teaching” at universities.

As 2021 drew to a close and the Omicron variant began to sweep the country, causing mass infections, CRT chief Santiago Lupe added his own reactionary piece to the growing body of anti-science and anti-lockdown material from Morenoites. Attacking the PSOE-Podemos government from the right, Lupe presented his opposition to pandemic control measures as a defense of individual freedoms, echoing the positions of the neo-fascist right. He wrote:

[The PSOE-Podemos government’s] today’s answer is the same as the other times. … New restrictions, measures with no proven impact – like outdoor mask mandates – and, significantly, new limitations on fundamental rights like those represented by the COVID-19 passport or calls for new covers -lights. … With these restrictions, the state reinforces its coercive and Bonapartist mechanisms, even if many of these measures have no proven effect in limiting contagion.

The CRT’s opposition to measures to combat COVID-19 is an exhibition of its hostility towards the working class. His position is neither a misreading of the danger posed by the pandemic nor an accident. It reflects the material class interests on which the CRT is founded. A mouthpiece for the well-to-do upper middle class and union bureaucrats, whose jobs and livelihoods depend on rising stock markets and the exploitation of workers, the CRT aims to keep the profits flowing in the coffers of the banks, whatever the cost in lives.

It functions as a tool of Podemos to contain growing worker and youth opposition to government policies and dissipate it into innocuous channels. Its reactionary role is a warning that the working class cannot rely on any faction of the union bureaucracy or the political establishment.

By supporting the ruling elite’s reactionary campaign against China’s “Zero COVID” policy, the CRT not only demonstrates its contempt for workers’ lives and health, but also aligns itself with the anti-China warmongering of the imperialist powers. Ruling elites and media around the world relentlessly demonize and slander China, blaming it for the emergence and spread of the pandemic and urging it to abandon health restrictions. This is part of a campaign to poison public opinion against the Chinese people and prepare the ground for war.

The working class must make a decisive break with the unions, Podemos and their supporters in organizations like the CRT, and take matters into their own hands to fight the spread of infection and the drive towards war. This necessitates the construction of sections of the International Committee of the Fourth International in Spain and internationally.

Review of the WSWS

What is the pseudo-left?

This review examines the response of pseudo-left political tendencies internationally to major global political events of the past decade.