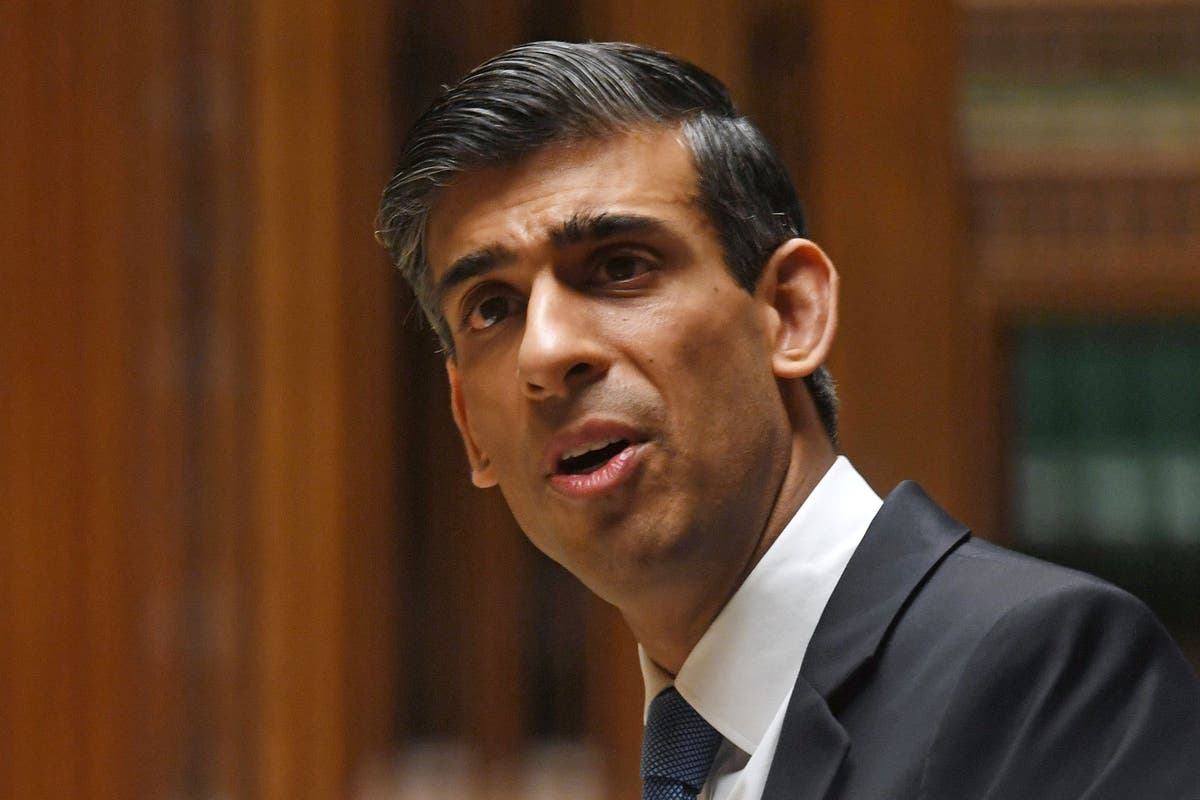 Rishi Sunak has been asked to cancel debts owed by the Ukrainian state, as part of an aid package to help resist the Russian invasion.

Campaigners, including progressive MPs, said the “crushing” burden should be lifted urgently to support the Ukrainian government and put it on a solid financial footing.

Ukraine’s debt burden has exploded since the start of the conflict with Russia in 2014 – and this month announced that it should start selling war bonds to finance its armed forces.

The issue of debt cancellation was raised by Green MP Caroline Lucas in Parliament this week and the government said it was currently being considered by G7 finance ministers.

“The UK can offer real support to Ukrainians by joining our international allies to immediately cancel Ukraine’s national debt. Aid, not loans, should be provided to Ukraine on a non-commercial basis. We must stand in solidarity with the Ukrainian people.

Labor MP Clive Lewis said debt cancellation was “one of the simplest things” the UK could do for Ukraine.

“Through the International Monetary Fund, the UK and Western countries have the power to write off large amounts of Ukraine’s $94 billion debt,” he added.

“Instead, Ukraine, one of the poorest countries in Europe, should defend itself against Russian aggression with its hands tied behind its back. Ukraine’s national debt must be canceled now. “

Mary Kaldor, professor of global governance at the London School of Economics, said Ukraine’s “astonishing” resistance to Vladimir Putin’s attack “needs all the help it can get”.

“Financial support is crucial and should include debt cancellation so that Ukraine is not burdened with debt service and financial conditionality now and in the future,” she said.

And Olga Aivazovska, president of the Ukrainian civil network OPORA, added: “Putin’s goal is to destroy a sovereign Ukraine and its people who are not ready to submit to a dictator, as the Russians did.

“Help from Britain to defend our country, its financial stability and its recovery, over the long term, will be a worthwhile strategic investment. The 21st century deserves to be peaceful.”

Ukraine’s conflict debts have prompted international bodies like the International Monetary Fund (IMF) to undertake so-called “structural reforms” such as privatizations and deregulation, as a condition of access to finance.

The IMF holds more than half of this Ukrainian debt, totaling around $13.4bn (£10.17bn). Campaigners say that as a member of the IMF board, the UK should push other countries to act.

Asked about the issue in Parliament on March 8, Liz Truss said Mr Sunak was “discussing it with the G7 finance ministers”, adding: “We are doing everything we can to support Ukraine, allowing it to have the finances they need, both to resist Russian aggression but also to rebuild their country after this appalling invasion.

A spokesman for Her Majesty’s Treasury said The Independent“Alongside our allies, we have hit Russia with the toughest sanctions package it has ever seen and our economic and humanitarian support now stands at around £400million.

“We continue to work with our G7 partners and international financial institutions and we are ready to do more.”

The internet should have a formal penalty system, say experts • The Register