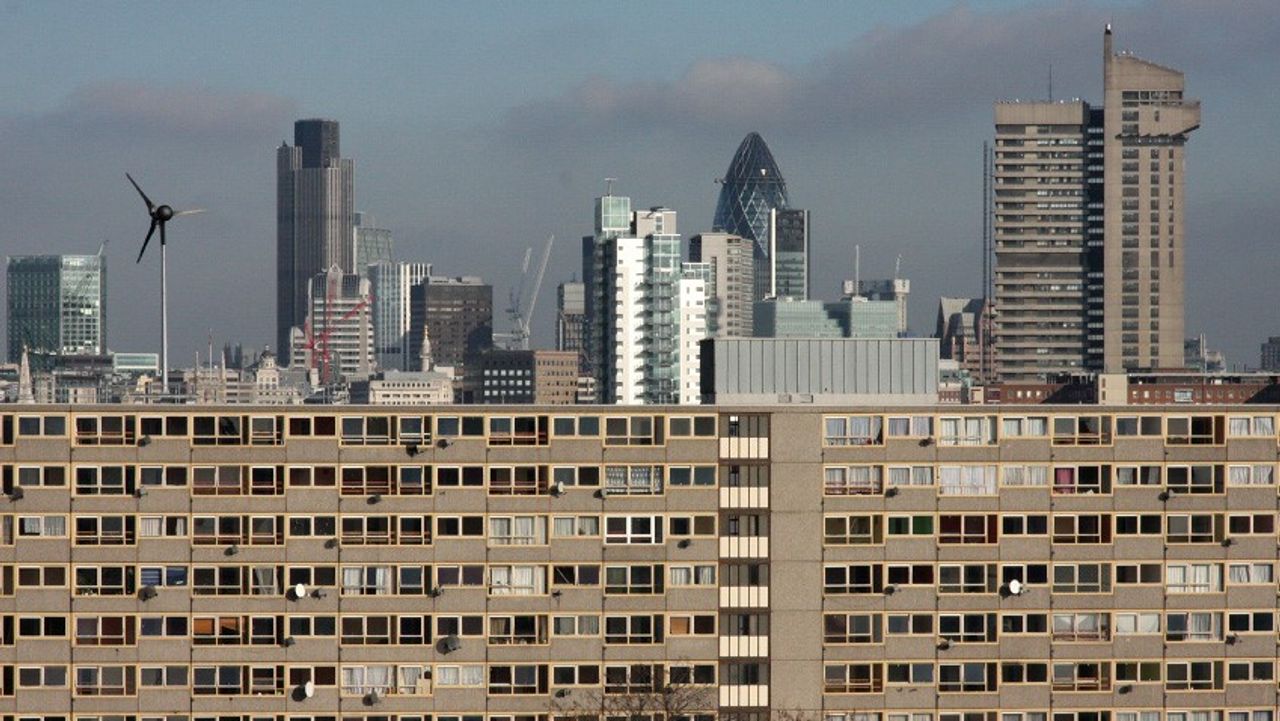 UK rents are rising at their fastest pace in 14 years. According to property website Zoopla, they have risen 11% nationwide over the past year to an average of nearly £1,000 a month (£995), forcing the average renter to spend more a third of his household income in rent.

In London, single workers are forced to spend 52% of their earnings, with payments rising by 15.7% in the capital.

Zoopla reports that demand for rental properties is up 76% this year compared to the past four years, citing students and young workers returning to work as the government ends all COVID restrictions.

But workers forced back into the office under the government’s ‘living with the virus’ scheme are only part of the reason rents have risen this year. The root cause is that successive Labor and Conservative governments have for decades implemented policies removing all limits on the accumulation of private wealth, depriving local councils of necessary funding. They allowed the sale of social housing estates and the privatization of social housing and its conversion into luxury apartments, causing a massive shortage of affordable housing.

According to government statistics, “the long-term historical trend is for the size of the social sector to shrink” in housing. Between 2020 and 2021 alone, there has been a 12% decrease in available social housing, with more than a million households on the waiting list, according to the charity Shelter Housing.

In 2016, the boroughs of Barking and Dagenham in London had 50 times more people on the waiting list than available properties, resulting in a 50-year waiting list for social housing. Since 1980 the borough has lost 50% of its council housing stock, mainly due to the right to buy system introduced under the Thatcher government under which tenants could purchase their council property at a reduced rate.

More than 40% of social housing sold to tenants under the right to buy is now privately let to local authorities who pay millions a year to private landlords to house homeless families in properties that they once owned.

The skyrocketing cost of living has pushed thousands into debt, leading to a 63% increase in ‘no-fault’ tenant evictions, with more than 3,700 evictions between January and March this year. an increase of 38% compared to the previous quarter.

In the shopping center of Salford in north-west England, a 29-year-old shopkeeper told the World Socialist Website, “Since COVID, prices have gone up and people like me have to work overtime, sometimes 70 hours a week, to pay the bills and support the family. People like me under 30 can get depressed. Mental health issues are linked to livelihoods. People who cannot support the family become depressed. Even if wages go up, everything you buy goes up. He kills young people. It is not easy to survive in the 21st century. It feels like World War II when our grandparents were struggling.

House prices have risen by £55,000, with the cost of buying an average home now being around £368,000. At this price, it is nearly impossible for workers to get on the homeownership ladder. Most are unable to save for the down payment and expenses necessary to purchase a home, as almost all of their monthly income is spent on food, fuel and rent.

Last year, Guardian analysis of the housing crisis has shown that “key” low-wage workers on the front line of the COVID-19 pandemic could not afford to buy the house at the average price in 98% of Great Britain Brittany”.

Nurses earning a median annual salary of £33,920 are unable to buy ‘median-priced property in almost three-quarters of local authorities nationwide’. Secondary teachers on £40,881 a year can’t buy in nearly a fifth of the council’s areas.

According to Bloomberg Economics, the cost of living crisis will likely add an average of £2,370 a year to UK consumers’ household bills, making home ownership even more elusive.

The Center for Economics and Business Research predicts “disposable income will fall 4.8% in 2022, with a further decline of 1.4% in 2023. The projected drop in living standards this year is estimated at £71 billion. sterling, or £2,553 per household. … the largest since records began in 1955.”

The crisis is compounded by NATO’s proxy war in Ukraine, which is causing global food and fuel shortages. A survey by Rightmove, an online real estate portal and real estate website, reports that the shocking increase in energy bills has led to a 36% increase in the number of inquiries for all energy bills to be included in rental contracts.

In the face of growing anger as more and more people are pushed into misery, the government’s legislative program tabled in May included proposals to scrap the Victorian Vagrancy Act, introduce a Bill on tenant reform and regulating social housing.

With a staggering 22 per cent of England’s 4.4million tenants living in what the government describes as ‘unacceptably standard homes’, he vaguely said the Bill will improve ‘the lives of millions of tenants by raising standards in the private and socially rented sector, fulfilling the government’s mission to level the country.

One of the main thrusts of what is billed as a ‘New Deal for Tenants’ is to save on social spending, with the government saying the ‘reforms will prevent private landlords from benefiting from taxpayers’ money for the rental of shoddy homes, cutting the £3billion a year in housing allowances that should go to landlords who rent substandard accommodation.

The homeless charity Crisis highlights how the proposals “give with one hand while taking away with the other. The plan to introduce legislation that would criminalize anyone forced to sleep rough is simply disgraceful and runs counter to any effort to tackle rough sleeping for good.

The government’s Department of Upgrading, Housing and Communities is seeking ‘opinions on proposals for how to respond effectively to begging, potential penalties for harmful begging and how to encourage vulnerable people to engage in rehabilitation support. He warns: “We must balance our role of providing essential support to vulnerable people with ensuring that we do not weaken the ability of the police to protect communities.”

As well as the Vagrancy Act, the police have an arsenal of modern weapons which they use against the most vulnerable people in society, including community protection notices (carrying a maximum penalty of £20,000), public space protection orders (involving £100 fines, up to and including prosecution) and anti-social behavior orders which can be used under civil law rather than criminal law. Police have gone so far as to use anti-terrorism legislation to justify searching the homeless.

Elaine, a worker in Sheffield, recently shared with the WSWS that she “saw a homeless girl in her 20s asleep outside Meadowhall Shopping Center because she couldn’t find anywhere to live. It is the result of what all these governments have done. This reality doesn’t affect people in government because they have money, and they don’t realize how much it affects everyone. They all watch over each other.