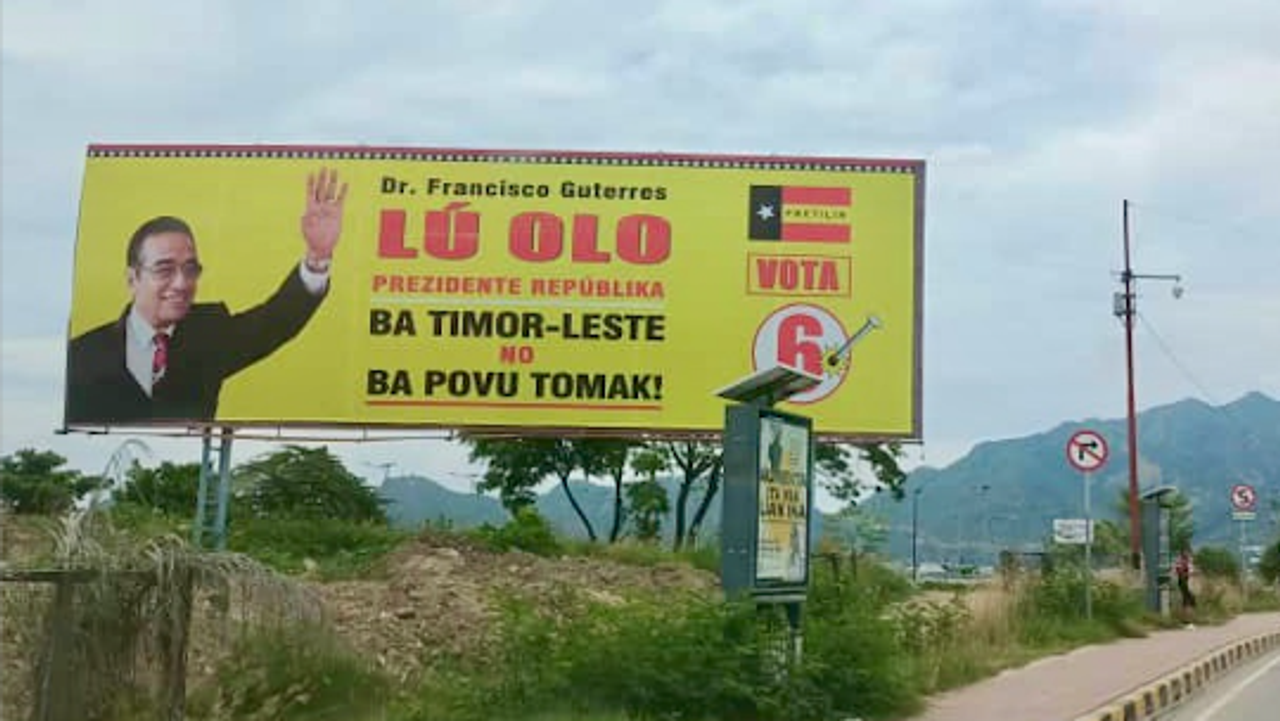 Presidential election in East Timor advances to second round

Presidential elections in East Timor on Saturday saw a large vote against incumbent Fretilin President Francisco “Lu-Olo” Guterres, who won just 22.16%. He won two and a half times as many votes, 57%, in 2017.

The outcome reflects both bitter infighting within the Timorese ruling elite as well as escalating hostility among poverty-stricken ordinary people towards the broader political establishment.

Turnout has fallen from 71% of the electorate in 2017 (which itself was the lowest since East Timor’s formal independence in 2002) to just 44%. There are reports of voters being denied ballots if they had registered in a different district than where they attempted to vote. These issues may have exacerbated the decline in turnout, but there is no doubt that widespread disaffection and opposition to establishment parties has caused significant abstentionism.

Former President and Prime Minister José Ramos-Horta won 46.58% of the vote, far more than any of the other 15 candidates. Under the Timorese electoral system, a run-off vote is triggered if no candidate wins more than 50 percent. That will be contested by Guterres and Ramos-Horta on April 19.

The last presidential election, held five years ago, required only one round, with António Guterres winning 57% of the vote. This came after he was both nominated by Fretilin, Timor’s oldest bourgeois nationalist party, and backed by former president and prime minister Xanana Gusmão and his National Congress for Timorese Reconstruction party. (CNRT).

A Fretilin-CNRT “national unity” government ruled the country from 2018 to January 2020. The coalition exploded when President Guterres refused to swear in several CNRT parliamentarians appointed ministers, due to allegations of corruption. An enraged Gusmão maneuvered to lead a CNRT-led administration, but a Fretilin-led coalition instead ousted him and his supporters from power.

For the past two years, Gusmão has campaigned against the government throughout East Timor. The former guerrilla leader during the fight against the Indonesian occupation between 1975 and 1999 posed as a humanitarian “man of the people”, organizing food aid and other charitable projects. He also made demagogic appeals to young people – those under 30 who make up around 70% of the population – and their concerns about persistent unemployment and poverty.

The social crisis has been exacerbated by the COVID-19 pandemic and the government’s response to it. East Timor has not been hit as hard as other former colonial countries. There have been a total of 22,800 confirmed cases, with 129 deaths. This year, confirmed daily cases hit 178 (on a 7-day moving average) on February 14, but have been in single digits for most of that month.

Although the actual numbers are certainly higher, a worse situation has been averted thanks to border controls imposed over the past two years and relatively strict public health measures, including lockdowns, enacted when infections rose in the country. course of different “waves”. The government has, however, failed to provide adequate resources and compensation to those affected by the lockdown and other measures, including university students in Dili who were prevented from returning to their home villages but later went hungry as they isolated themselves in their accommodation without food or basic supplies. being provided.

Gusmão denounced all public health restrictions, while promoting various conspiracy theories about COVID-19, including the lie that it’s no worse than the flu.

Ramos-Horta won Gusmão’s approval last January, after he explicitly agreed to the condition that if elected he would quickly dissolve parliament and call new elections. If, as seems likely, Ramos-Horta wins the second round of the presidential election, the government will be dissolved a year earlier than expected. Gusmão hopes to become Prime Minister again at the head of an administration led by the CNRT which excludes Fretilin from power.

Regardless of the immediate outcome of presidential and parliamentary elections, the Timorese ruling elite faces an unprecedented crisis.

The bourgeois nationalist perspective of developing a supposedly independent East Timor has proven completely bankrupt. Since gaining official sovereignty 20 years ago, the small half-island of less than 1.5 million people has been dominated by large transnational corporations, especially the oil and gas giants, and finance capital , represented by the World Bank and the IMF. While a tiny layer that includes the Timorese elite has become wealthier, the vast majority of the working and rural poor continue to suffer from dire poverty.

The economy has been supported by oil and gas revenues which have accounted for more than 90% of state revenue for the past two decades. Today, however, this vital source of money is threatened by the drying up of energy fields. The main deposits at Bayu-Undan are expected to be exhausted within the next 1-2 years. The long-promised riches in the untapped Greater Sunrise gas field are unlikely to materialize as Australia’s Woodside Petroleum and other energy giants refuse to commit the necessary capital.

In desperation, the Timorese government has pursued other projects over the past two years. These have included offering the nearly empty Bayu-Undan fields as a site for untested “carbon capture and storage” technology for Australian gas companies seeking to reduce greenhouse gas emissions. Smaller oil exploration projects have also been undertaken on the Timorese mainland and just offshore, although these have so far proven to be unviable commercial projects.

The threat of collapsing state revenues coincides with heightened global geopolitical tensions. Dili has long tried to balance its relationship between the United States and China. The Timorese army, for example, accepts supplies and equipment from Beijing while engaging in regular training exercises with US Marines and other forces. Such cover is becoming increasingly untenable as US imperialism intensifies its aggressive encirclement of China.

Washington and its close ally Canberra have long-standing ties with Ramos-Horta, and no doubt hope he wins the presidency and steers Timorese foreign policy according to their interests. Ramos-Horta notoriously hailed the illegal US invasion of Iraq in 2003, and in 2006 was named Timorese president in a ‘regime change’ operation led by the Australian government and military against a previous Fretilin administration led by Mari Alkatiri.