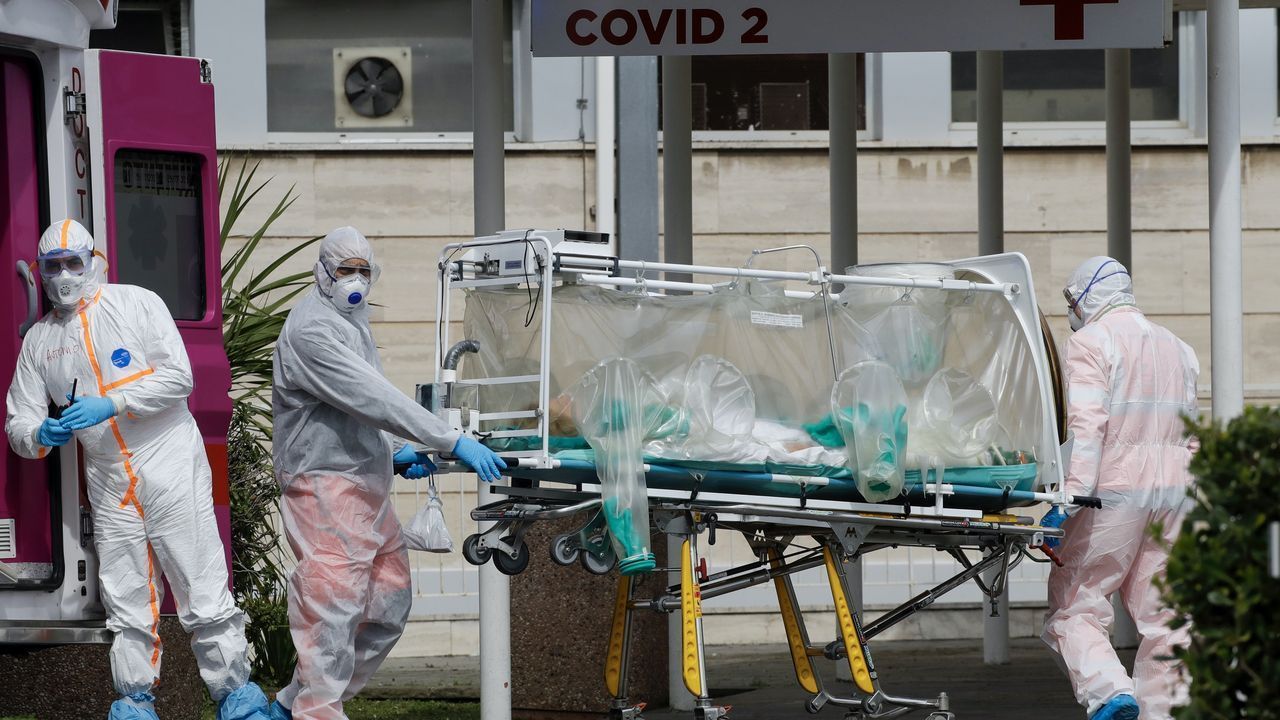 Scientists have detected a new variant of COVID-19, the Omicron variant (B.1.1.529), which the World Health Organization (WHO) said on Friday was officially recognized as a “variant of concern” (VOC). The variant appears to originate from southern Africa but has already been detected in several other countries. The first indications are that an unusual constellation of mutations makes the variant much more infectious than the Delta variant and potentially resistant to the vaccine.

In its statement on Friday, the WHO said that “preliminary evidence suggests an increased risk of re-infection with this variant, compared to other VOCs,” including the Delta variant. “The number of cases of this variant appears to be increasing in almost every province in South Africa.”

WHO said the first known confirmed case of infection with the Omicron variant came from a sample taken on November 9. In just over two weeks, however, it quickly became the dominant strain in South Africa.

The seven-day moving average of new cases in South Africa has quadrupled from 265 to more than 1,043 new cases of COVID-19 per day in two weeks. The country reported 2,465 new infections yesterday. Seventy-five percent of all currently sequenced coronavirus cases are attributed to the latest variant, which is expected to reach 100 percent soon. New infections are exploding in Gauteng, a small, highly urbanized province in northeastern South Africa, which accounts for less than 2% of the country’s land area but is home to a quarter of its population.

Dr Tulio de Oliveira, a bioinformatician at the Nelson R. Mandela School of Medicine and director of the Center for Epidemic Response & Innovation, explained that the variant is “really disturbing at the mutational level.” The new variant has more than 50 mutations, including 32 on the virus spike protein, which it uses to bind to human respiratory cells.

Dr de Oliveira explained that many of these mutations are linked to increased resistance to antibodies, leading to concerns that vaccines and treatments will be less effective in combating the new variant.

Expressing the seriousness of the threat to the entire world’s population, the European Centers for Disease Control and Prevention issued a statement, warning, “given its potential for immune evasion and its potentially increased transmissibility benefit compared to Delta, we assess the likelihood of a new introduction and community spilling into [Europe] as high. “He added,” In a situation where the Delta variant is resurgent in [Europe], the impact of the introduction and possible spread of Omicron could be VERY HIGH. “

According to Dr. Yaneer Bar-Yam, a complex systems physicist who has studied pandemics for almost two decades, current rough estimates indicate that the Omicron variant is six times more transmissible than the original variant and twice as transmissible as the Delta variant. . Bar-Yam also estimates that the death rate for Omicron is eight times higher than the original variant.

T-cell immunologist Dr Anthony Leonardi told the World Socialist Website, “The [Omicron variant] is probably everywhere, and now has a tremendous ability to mutate. As it overtakes Delta, it will create even more infections. It will therefore evolve even faster than Delta.

Hong Kong, Israel and Belgium have already identified patients infected with the new variant, which means the current iteration of the virus has spread around the world. In Israel, one of those infected, who had returned from Malawi, was previously fully vaccinated and received her booster two months ago. Two others are also in quarantine, awaiting further testing.

The unvaccinated young woman identified in Belgium was traveling to Egypt via Turkey and had no connection with South Africa.

European governments and the United States have rushed to announce travel restrictions from southern African countries. Early on Friday, European Commission President Ursula von der Leyen tweeted: â€œThe European Commission will propose, in close coordination with Member States, to activate the emergency brake to stop air travel from the region. Southern Africa due to variant of concern, B. 1.1529. “

Dr Anthony Fauci, chief pandemic advisor to President Joe Biden, has tried to assure the American public that there is “no indication” that the Omicron variant has reached the United States. This is an attempt to deflect public alarm and anger while the Biden administration works out its response.

The travel restrictions are in the nature of interim measures, which will come too late to stop the spread of the variant around the world. Removing all restrictions on the virus in the United States and major European countries (including the reopening of schools and workplaces) ensures that if the variant has been introduced, it is already spreading rapidly.

Even before news of the discovery of the new strain was announced, cases of COVID-19 have been on the rise around the world, particularly in Europe and the United States, which are entering the winter months when infection rates are on the rise. generally.

While vaccines are an essential tool in the fight against the COVID-19 pandemic, scientists have warned that vaccination is not a “magic bullet” that will end the pandemic. Lockdowns, in coordination with a robust testing, contact tracing and quarantine program, are critical to controlling the spread of the disease. Allowing the virus to continue to spread internationally, scientists have repeatedly warned, will lead to new, more infectious variants, such as Omicron, which could evade the immunity provided by vaccines.

Biden has made the complete reopening of schools and businesses – before the virus was brought under control and with millions of children still unvaccinated – a mainstay of his administration. Under Biden’s watch, state governors have abandoned almost all mitigation measures, such as statewide mask warrants, even as nearly 100,000 people fall ill and more than 1,000 die every day of COVID-19 in the United States.

An online chat with leading international scientists and workers involved in the fight against COVID-19.

The two-day summit included 22 different sessions on the pandemic, including airborne transmission, inequalities in global vaccine distribution, the effects of Long COVID, and the development of new variants of SARS-CoV-2.

Amid the current wave of mass deaths, governments around the world are removing all remaining measures to contain or slow the spread of COVID-19, with the grotesque mantra that society must “learn to live with the virus.”

“The system is indeed hot”, but the NDC is to blame