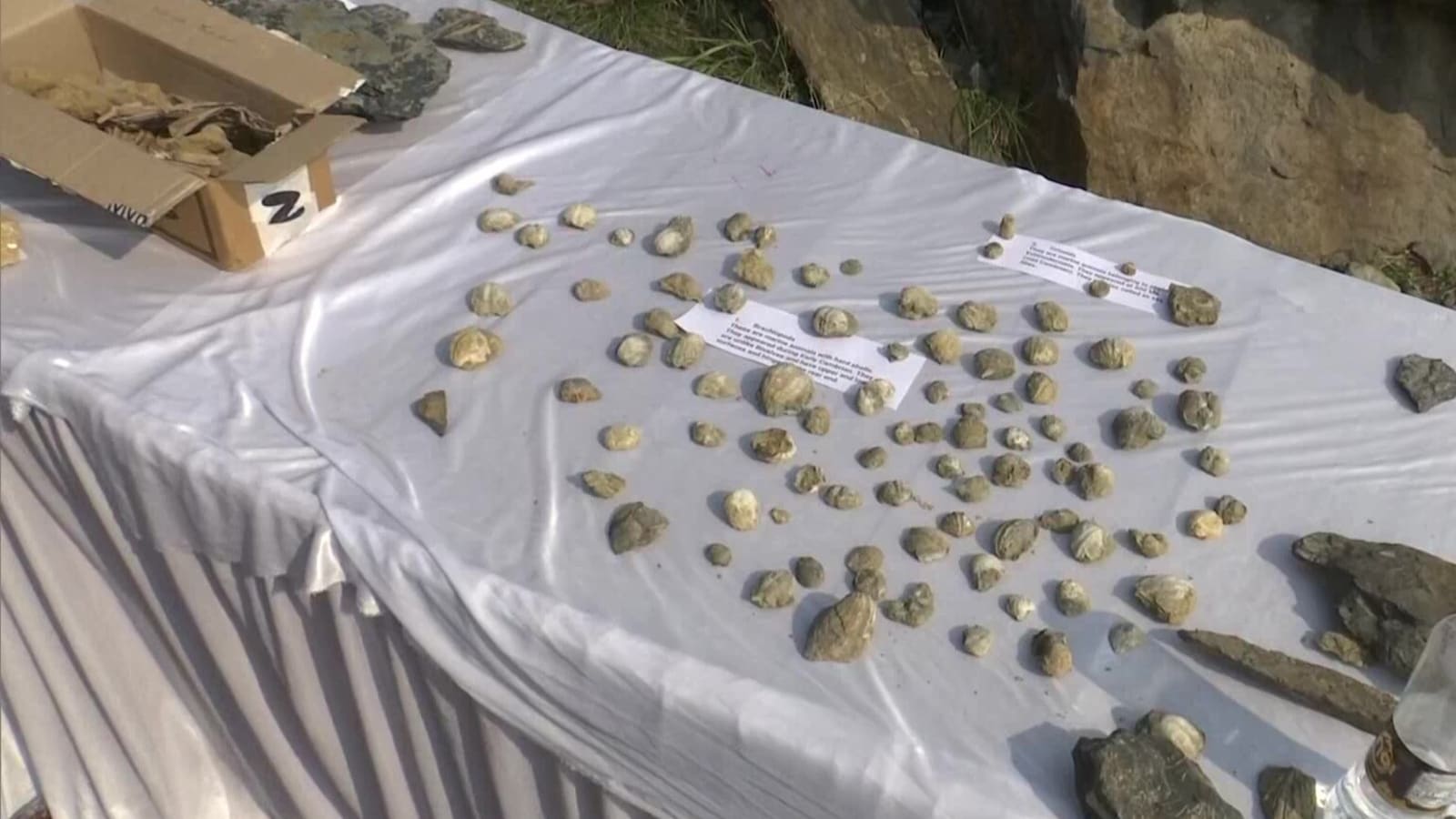 Formally adopting the 252 million year old Guryul Ravine fossil site in the Khanmoh region of Srinagar in Jammu and Kashmir, a field workshop was held on Saturday on the Permian mass extinction repository -Trias (PT, P-Tr). According to the ANI news agency, a multitude of fossils hunted at the site, dating from 252 million years ago, were on display at the workshop. However, one of the main attractions of the day was evidence of the world’s first tsunami buried at the Khanmoh site.

It is a world heritage and for almost 20 years constant work has been done to save it. Mass extinction of marine and plant life that occurred 252 million years ago has destroyed 95% of marine life, which is a huge loss: archeology professor GM Bhat said yesterday pic.twitter.com/G0x5fjdHTY

What is the Permian-Triassic extinction?

Also known as the Late Permian extinction or, colloquially, the “great death,” the Permian-Triassic extinction event marked the boundaries between the Permian and Triassic geological periods, as well as between the Paleozoic and Mesozoic eras about 251.9 million years ago.

It was one of the major extinction events the planet has ever seen, when biodiversity declined rapidly and over vast areas. According to the National Academy of Sciences, during the End-Permian Extinction event, up to 57% of the world’s biological families, including 83% of genera, 81% of marine life, and 70% of terrestrial vertebrate species have faded away. It was also the largest known mass extinction of insects.

Significance of the Guryul Ravine fossil site in Kashmir

The Guryul Ravines in Kashmir, known geologically as the Vihi District, are a repository of fossils that hold evidence of the Permian-Triassic extinction, dating back 260 million years, one of the oldest in this guy to the world. More importantly, the world’s first ever recorded tsunami is well preserved in the rocks of the Guryul Ravines.

Due to the immense evidence of the Permian / Triassic boundary that the rocks of the Guryul Ravine preserve, scientists and geologists all over the world – especially the United States, United Kingdom, Ireland, China, Japan, from Canada, Switzerland, Austria and Scotland – visited this region to further their research studies.

Speaking to ANI, archeology professor GM Bhat said: “This is a World Heritage Site and for almost 20 years, constant work has been going on to save it.”

Kashmir fossil site “much larger” than that of China

The 3-meter Khonmoh PT section is “much, much larger” than 27 cm of the Meishan section in China, according to experts quoted by the news agency, who added that this makes the Kashmir fossil site attracting people. million tourists every year. Nadeem Ahmad, a local resident, told ANI that the three-meter Khonmoh fossil is “much larger” than what is available in China. This is what makes the site special, he added.

“The site keeps all the evidence on how evolution and extinction happened here. For zoologists it’s a treasure and as a local I want to preserve it,” he said. .

Aijaz Hussian, member of the Khanmoh District Development Council (DDC), who attended the workshop on Saturday, thanked government officials for their efforts and initiative.

â€œI thank the administration who initiated this workshop,â€ said Hussain. â€œScientists told us that this is the oldest heritage site in the world. We should develop this for our future generations as well. “

“The government should focus on workshops like this, to bring more attention to the site,” he added. “It may add to Khanmoh another great tourist spot on the map.”

Wells Fargo Sticks To Its Buy Rating For Twilio Inc By Investing.com