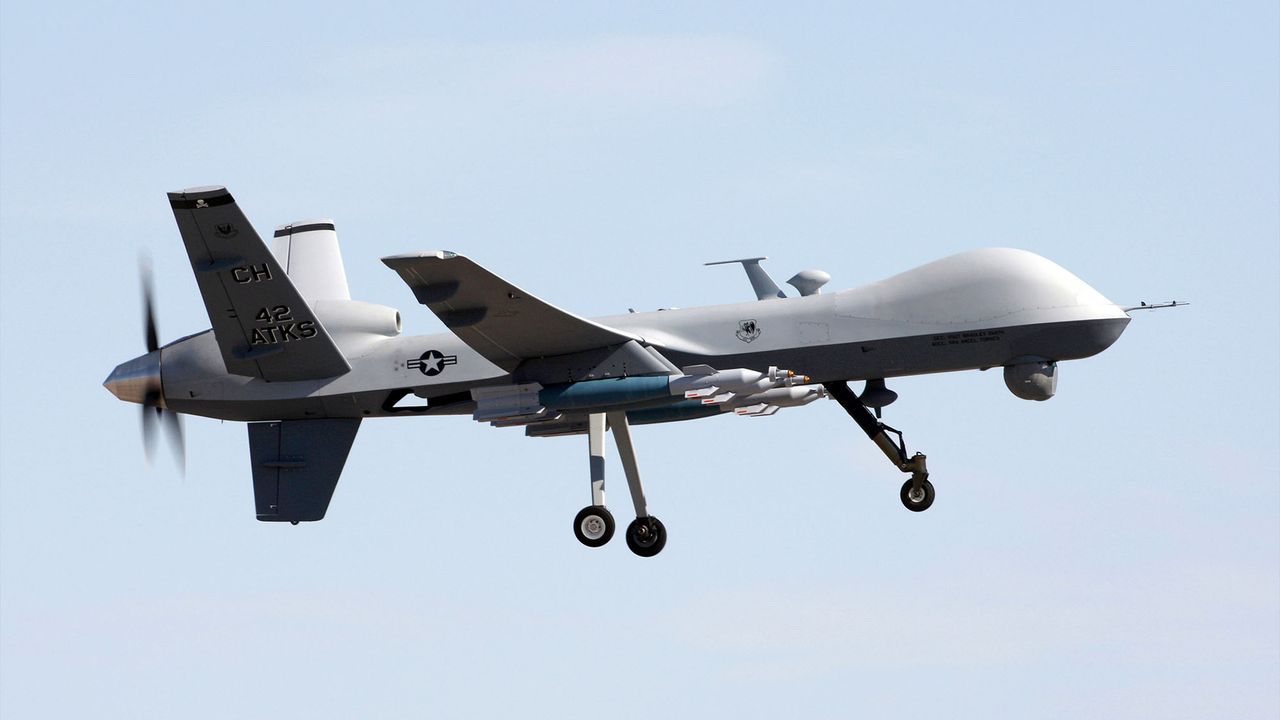 Sunday, New York Times released a detailed report chronicling the systematic and long-standing mass murder of civilians by the United States in Iraq and Syria by a death squad called Talon Anvil.

The unit directed airstrikes and drone-fired missiles at crowds and residential buildings, “killing people who had no role in the conflict: farmers trying to harvest, children in the streets, families fleeing the fighting and villagers sheltering in buildings ”.

Three incidents in particular are reported by the Time as examples:

Analysts looking at the footage of the drone-missile strikes began to dispute Talon Anvil’s claims, such as labeling the bodies of “ISIS fighters” who were clearly those of children. In response, like US cops turning off body cameras before shooting or beating someone, Talon Anvil operators “began to move drone cameras away from targets shortly before a strike, preventing evidence from being collected.” video, ”a former officer told the Time.

Talon Anvil also increasingly referred to the strikes as “self-defense,” which did not require an intelligence-based justification, unlike offensive operations, which did.

Talon Anvil was the name of a Delta Force unit within the larger Task Force 9, which coordinated US military operations against Islamic State forces (ISIS) in Iraq and Syria from 2014 to 2019. The actions of Task Force 9 were presented by the Time in an earlier front-page report, released last month, which included details of an airstrike on the town of Baghuz in which at least 80 women and children were cremated by 500-pound and 2,000-pound bombs .

The account provides so much evidence of deliberate massacres of civilians that it demands a comparison with some of the most notorious war crimes of the 20th century.

While the Time asserts that these murders were carried out by ‘rogue’ or junior-level agents, the point is that the systematic promotion of ‘special forces’ death squads was a central aspect of the Obama and Trump presidencies, with both presidents considering them as necessary to achieve the war objectives of the United States.

the Time The report says that one of the factors in the proliferation of civilians was the decision of the US commander of the anti-ISIS war to allow lower-level officers to order strikes, without going up the chain of command. . This reached the point that “Delta’s main operator enlisted in the strike room – usually a first class sergeant or master sergeant” could give the green light.

While such accounts may represent an effort on the part of higher-ranking officers to blame the mass murders on lower-ranking figures, or “rogue” individuals within the ranks, such scapegoats are in vain. . The whole operation was in the service of a policy decided at the highest level of the American government. The Obama administration responded to the sudden crisis of the US puppet regime in Iraq, whose troops fled before an ISIS offensive and abandoned Iraq’s second largest city, Mosul, by sending in US troops, warplanes and members of special forces in the area.

Obama is well known to have attended weekly meetings at the White House where his counterterrorism team, led by future CIA director John Brennan, presented lists of targets for drone missile strikes for approval. Of the president. These “Terror Tuesdays”, as they were called, sparked attacks such as the murder of Anwar al-Awlaki, the Yemeni American turned fundamentalist preacher, killed in Yemen by a missile fired by an American drone .

It should be noted that the main location of the crimes detailed in the Time account was Syria. The U.S. government and media waged a 10-year campaign to demonize Syrian President Bashar Assad as the new Hitler, an effort that was supported by the international pseudo-left, including groups like the now disbanded International Socialist Organization and Jacobin magazine. These groups have supported the US-backed Islamic fundamentalist groups at war with Assad, while remaining silent about the atrocities these forces and the US military have committed against the Syrian people.

Likewise, over the past year, the US media have been full of accusations against the Chinese government, claiming, without any evidence, that Beijing is guilty of genocide because of its crackdown on Uyghur nationalists in Xinjiang. According to the State Department, China is committed to the systematic suppression of Muslim culture in Xinjiang. It is worth comparing the number of Muslims killed by China with the number killed by US imperialism in the bloody wars in Afghanistan, Iraq, Syria, Libya and Yemen.

For the ultimate hypocrisy, the Time itself will suffice. Its news pages detail the atrocities committed by the US government in Syria. Over 10 years ago, however, Julian Assange and WikiLeaks released the Iraq and Afghanistan War Diaries, internal U.S. military reports that have documented countless instances where the U.S. military has killed civilians, including including the haunting video “Collateral Murder” which shows an Apache gunship. massacring a dozen people in Iraq, including two Reuters journalists.

But the Time does not say a word in defense of Assange, who is in imminent danger of extradition to the United States to be tried, imprisoned and potentially executed by the very government which is responsible for the crimes detailed by the Time.

After three decades of wars led by the United States, the outbreak of a third world war, which would be fought with nuclear weapons, is an imminent and concrete danger.

how to delete all the information a website has about you

Get yourself a dirty interracial dating website and get hookups using the internet.…