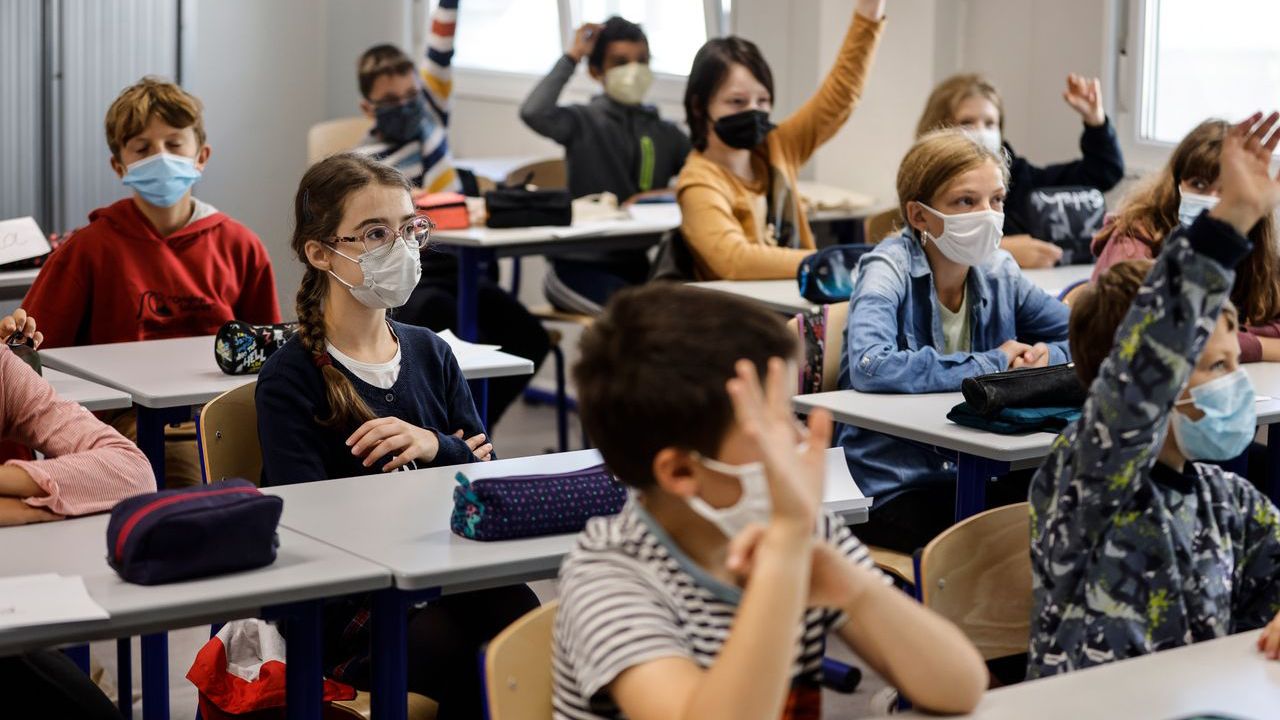 WSWS reporters interviewed students in the Paris suburbs about the wave of COVID-19 infections from December to February driven by the Omicron variant. As European governments end all measures to limit infections, young people have expressed their anger at the government’s negligence and their support for a policy of stopping the transmission of the virus to end the pandemic.

They all saw the blatant disregard of President Emmanuel Macron’s government for their health and the proper organization of their studies.

Emilie, a high school student, explains: “The health situation at school was really catastrophic at Christmas when the number of contaminations increased, resulting in 15 absentees in our class. Despite dissatisfaction from students, teachers and a protest from the head teacher, in-person classes still took place, supposedly because students had masks and were not at risk. The health situation was not taken seriously.

Marjorie, a university student at Paris-IX, said: “We are supposed to focus on our studies, but I wonder how is this possible, knowing that COVID is present in my class but the class has not been closed. Every day is the same… We are constantly stressed about our studies, not even knowing where it is leading us. We feel oppressed by the government and ignored.

“During January, almost all my classmates caught COVID, the school became a real cluster of positive cases”, remarked Céline, a high school student from Blanc-Menil, who described her state as “desperate” in the face of health. government public. announcements, which she called “very illogical.”

All the students noted the inconsistency of the health measures proposed by the Macron government and criticized its refusal to introduce distance learning or even to halve the size of classes in schools.

Marjorie said: “The further back in time you go, the crazier the government’s measures seem. For example, we have signposts in our school. I don’t think COVID flows in a specific direction according to the arrows. In my opinion, it is useless to put arrows everywhere when everyone is confined in the same space for more than an hour. And besides, the regulations prohibiting drinking coffee standing up are totally crazy. It’s not like COVID is only circulating 5ft 6in above the ground. These measures are ridiculous.

Emilie says that when massive absences prevented the normal functioning of her classes, “my main teacher went to file a complaint with the administration demanding that the class be closed. He was told: “It’s not possible, the students are wearing masks”. I really hope that this situation will change.

Girls also complained about the lack of restrictive regulations on “contact cases”, i.e. students exposed to the virus. By limiting the number of young people declared contact cases at school, Macron has kept as many young people as possible in class so that their parents continue to work and make profits for the banks. This decision was taken with disregard for the health, education and even the lives of young people and their families.

“Why are we not contact cases when we wear a mask and sit next to a student who has tested positive for COVID? The media and the government themselves explain that surgical masks do not protect enough from COVID,” noted Céline, who criticized the government’s “inconsistency” in allowing even sick students to return to school and contaminate. their friends in class.

She said: “I had a friend in class who had COVID the first week back to school. She was quarantined for a week. However, after seven days, his PCR test was still positive. The high school administrator told her to come back, even though she still tested positive, because she was vaccinated. I don’t think it’s fair to force her to go back to school even though she was vaccinated. She still didn’t feel well and was extremely pale, but had to be in school.

Marjorie described feeling “stuffy” on public transport, when everyone is “crushed like sardines” during rush hour. “The media talks a lot about COVID but never discusses the conditions people are experiencing during rush hour…Every day, students and workers have to get to school and work, forced to use public transport. It has become a nightmare to use it, for fear of catching the virus.

While in 2021 already 2 million children around the world had lost at least one parent to COVID-19, Marjorie underlined the fear that so many young people have of infecting their families. Regarding her discomfort on public transport, she said: “Personally, I have family members who are vulnerable. I can’t even accept being infected with COVID for fear of infecting sick family members.

The pandemic is an indelible experience for a generation of young people, not only in France, but across the world. After two years, Emilie says: “We can clearly see that COVID has changed the lives of all students.

This brutal experience has sparked growing anger and opposition from young people and workers to the policies of the banks and the Macron government to remove all health measures aimed at stopping the transmission of the virus, except for the use of masks by individuals, which is not even mandated.

Emilie said: “I think wearing a mask is insufficient. We need to limit mass gatherings and it looks like there are no more protective measures in open public spaces.

Marjorie pointed to the example of China, which has trampled on the pandemic and thus better saved lives. Indeed, China has experienced new COVID-19 cases imported from overseas but has not reported any COVID-19 deaths since late 2020. From March 2020 to the present, China has detected only 29 000 cases, against 42,000 detected cases. in one day two days ago in France.

Marjorie compared China’s record to that of Macron, the ‘president of the rich’, saying; “Let’s take the example of China to illustrate the fact that it is not impossible to fight the pandemic, but it is the government that decides not to do anything. In China, they put restrictions in place early on, isolating cases and reducing the circulation of the virus. However, in France and everywhere in Europe we are awash in cases of COVID. They just want to preserve their grades and their economy.

Aleafia Health provides an update on its convertible debt