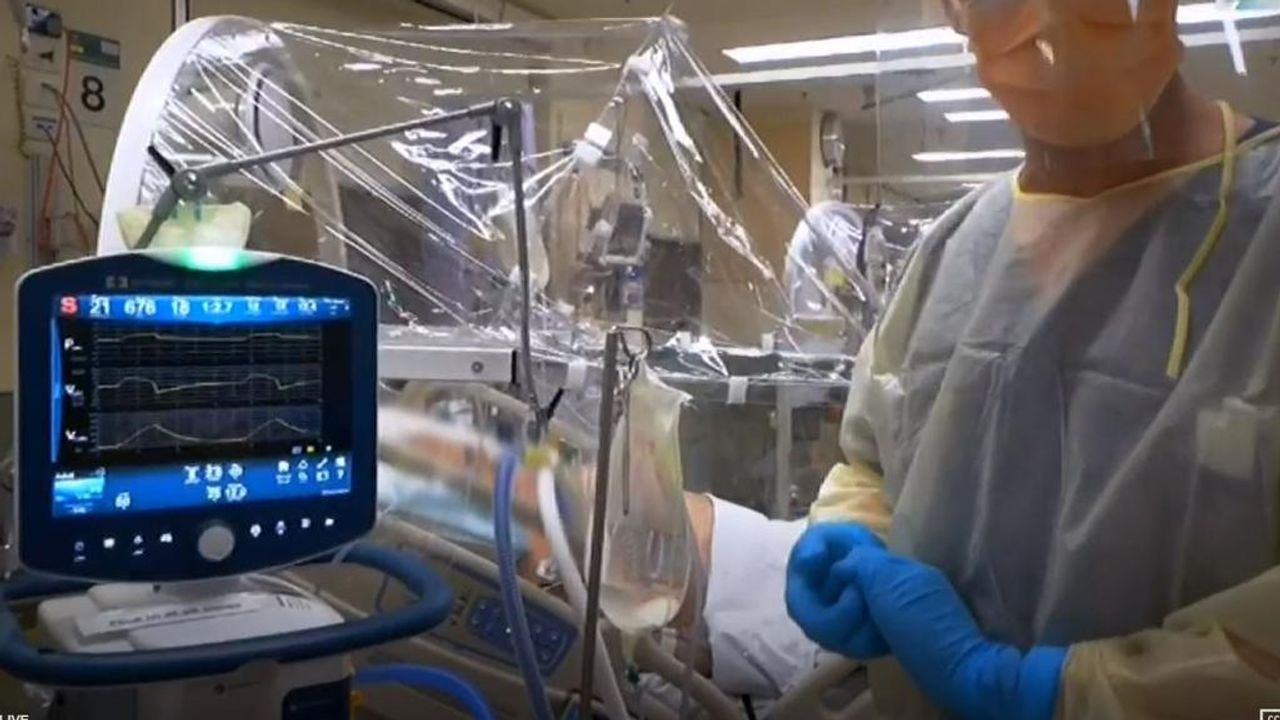 The decision by the Labor Party government in the Australian state of Victoria in southern Australia to speed up the removal of virtually all remaining pandemic restrictions following the right-wing anti-vaccination rallies in Melbourne last week will plunge the already faltering public health system into a more serious crisis.

With all but the most urgent elective surgeries halted in the state’s two largest cities, Melbourne and Geelong, due to COVID-19 cases, the overburdened hospital system faces an additional 83,000 emergency room patients , up 23% compared to the same period in 2020.

A recent survey by Monash University and the Royal Melbourne Hospital of more than 7,800 Australian healthcare workers, most of them based in Victoria, found that more than 40% suffered from post-traumatic stress disorder at the end of their life. the second wave of the pandemic in the state.

Over the weekend of November 6-7, Ambulance Victoria narrowly avoided a code red, meaning the service has exhausted its ability to meet patient needs. A code red is called when “lights and sirens” patients are waiting because there are no ambulances available to dispatch them.

Ambulance Victoria CEO Professor Tony Walker said the entire healthcare system was “under undue pressure” and warned that a code red was likely in the coming weeks. “We’ve been in a Code Orange, which is an escalation event, probably five or six times in the past two or three weeks,” he told Radio 3AW.

The ambulance service faces 2,000 calls for help per day, 10% of which are for patients with COVID-19.

Victorian Ambulance Union secretary Danny Hill said: “At one point there were about 70 instances where people called for an ambulance and there was no ambulance available.” This was due to a “perfect storm” of staff shortages and patient demand.

On November 7, Prime Minister Daniel Andrews denounced hospitalized COVID-19 patients. “You are an avoidable admission,” he said. “You don’t need to be in the hospital. You are hospitalized because of the choices you made, not to be protected by the vaccine, and other patients have to wait – patients who cannot afford to wait like heart attacks, strokes, accidents.

Following the dangerous reopening of schools, from October 5, the Pediatric Intensive Care Unit (ICU) at the Royal Children’s Hospital was recently operating beyond capacity, at 112%. Monash Children’s Hospital has also exceeded capacity by 100 percent on several occasions over the past month.

Andrews sought to shift responsibility for the public health crisis, which is the product of years of attrition at the hands of governments, both Labor and Liberal, now boiling over by the pandemic and the focused ‘reopening’ agenda. profit. that his government adopted.

Knowing full well that a tsunami is hitting hospitals, Andrews said the staff “are under tremendous pressure, there’s no doubt about it. I would just like to ask every Victorian, if it’s not an emergency, please don’t call triple-0. There is a little pressure in the system right now.

“This will pass over time as we will see both the demand for COVID take off and the benefits of our ongoing investment really manifest.”

Andrews’ claim that things would get better has been belied by evidence that hospital intensive care numbers have been significantly underreported. Government statistics suggesting that ICU admissions due to COVID-19 have been slowly declining since mid-October have turned out to be a misrepresentation.

Figures from the Department of Health and Human Services do not include patients who are not considered contagious, but remain in intensive care. The Age found that as of Nov. 5, with 181 COVID patients in intensive care, 66 had been declared “COVID cleared”, and only 115 were publicly reported.

The newspaper reported that a senior intensive care doctor said: ‘You have a system in Victoria that is so close to being overwhelmed that it has just skated for the past few weeks. It is simply not sustainable.

“We are much busier than Sydney in proportion to their intensive care beds at their peak during the outbreak because they have double the number of staffed beds. The pressure in Victoria is radically different.

The manipulation of the ICU figures serves to cover the severity of the crisis in the hospital system.

Health unions have remained completely silent following the revelations about the intensive care units. They are complicit in the facade of “freedoms” relentlessly promoted by the government and the corporate media.

Unions have cooperated in the war of attrition waged against the healthcare system for decades, with consequences that are fully exposed by the pandemic.

The Australian Federation of Nurses and Midwives (ANMF), which has 90,000 nurses in Victoria, has entered into an eight-year industry agreement with the Andrews government to cover the period 2016-2024, which essentially includes a no-go agreement. strike during the pandemic for 2020-2024.

The Community Health and Services Union (HACSU), which has approximately 4,500 mental health nurses, has just put an end to industrial action by mental health workers. The Victorian Ambulance Union and the Health Workers Union have also worked with the government extensively.

ANMF Secretary Lisa Fitzpatrick dons hospital scrubs to work in the emergency department at Royal Melbourne Hospital every Saturday, and other ANMF staff do the same. It is nothing more than a public relations exercise to conceal the responsibility of the unions in the crisis, having prevented any action by health workers against the situation they are facing.

Desperate to cover the cracks, the Labor government announced on November 5 a $ 307 million health care package, most of which will go to a home hospital system, similar to the one in NSW, which is used to hide the situation caused by the pandemic.

The NSW program has led to a sharp increase in deaths of COVID-19 patients at home, due to their rapidly deteriorating condition which could not be adequately monitored. In some cases, they were home alone.

The plan in Melbourne is to ‘free up’ 100 public beds by moving COVID-19 patients and others who could supposedly be treated ‘safely’ at home.

Victorian Health Minister Martin Foley admitted the state’s healthcare system had “been under pressure like never before,” but said decisions on who can be treated at home will be made on the basis of clinics.

The Labor government was only able to carry out its dangerous policy of premature opening of the economy – the consequences of which will be borne above all by health workers – only because of the opposition of the unions to any mobilization of their members against it. .

Only the intervention of the working class, through the formation of grassroots security committees to fight for the elimination of COVID-19 and a socialist agenda, will put an end to this worsening attack.

Locked in and in limbo: the global impact of COVID-19 on the rights and recruitment of migrant workers – World