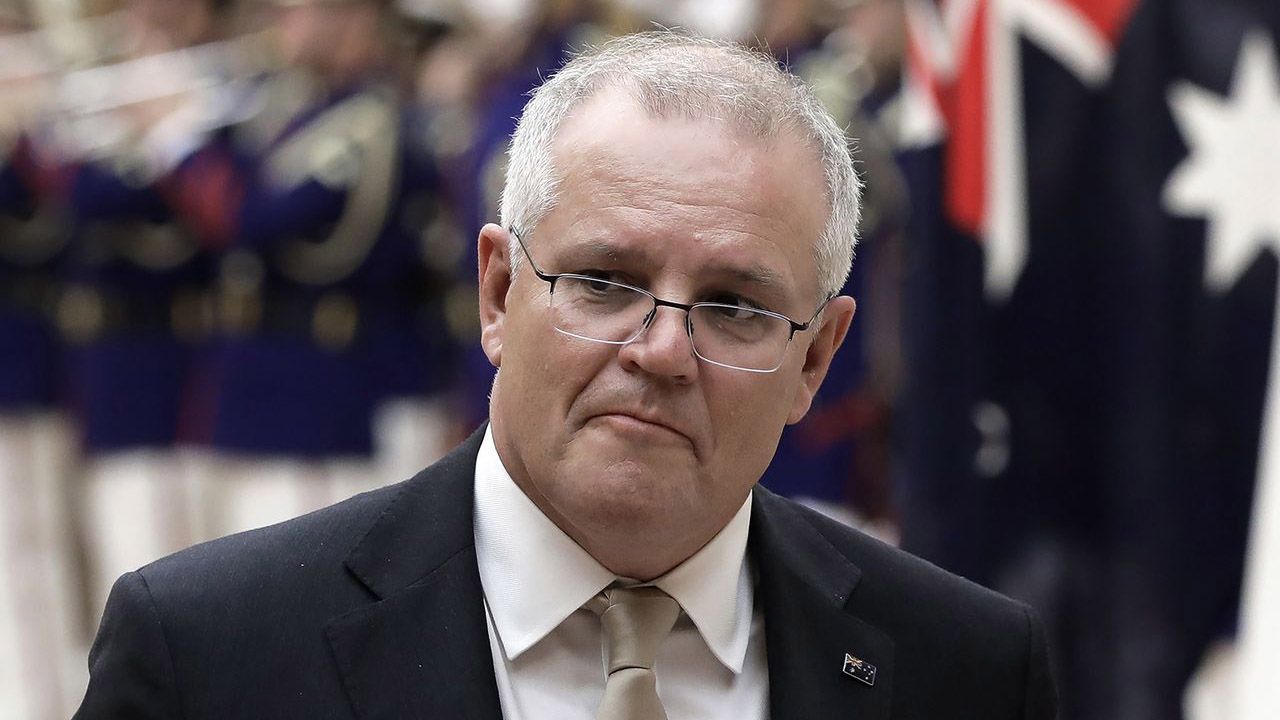 Assured of the bipartisan support of the opposition Labor Party, the Liberal-National government is intervening in the Ukraine crisis by sending military equipment to the country via the NATO alliance, while denouncing China for allegedly aiding the Russian invasion.

On both fronts, Australia’s political establishment is doing everything in its power to help the Biden administration exploit Moscow’s reactionary military operation to escalate the underlying US-led offensive against Russia. and China.

In addition, the government is stepping up its current cyber warfare training for Ukrainian personnel, but has ruled out sending troops, in accordance with denials issued by the United States.

Morrison also declared his support for a decision, pushed by the White House, to remove Russia from the SWIFT financial network, which would exclude it from the global banking system. This position supports the US and UK governments, which are demanding a ban on SWIFT, against European governments, especially Germany, which have balked at this decision due to their economic ties with Russia.

Morrison provocatively accused Beijing of undermining Western sanctions against Ukraine. He condemned a trade deal struck earlier this month between Russian President Vladimir Putin and Chinese President Xi Jinping. “You’re not going to throw Russia a lifeline in the middle of a period when they’re invading another country,” he said. “It is simply unacceptable.”

As part of the Russian-Chinese deal, as part of a larger pact to strengthen relations, China has agreed to lift restrictions on Russian wheat and barley. As a result, China’s customs agency reportedly cleared the way for Russian wheat imports this week.

At a press conference, Morrison went further. First, he said events in Ukraine heralded a change in the world order, which now consisted of a global battle against “authoritarian and autocratic regimes”.

In this context, Morrison proclaimed the historical significance of the Quad, a quasi-military anti-China alliance strengthened last year between the United States, Japan, India and Australia, and the AUKUS pact signed by the ‘Australia with the United States and the United Kingdom in September, also directed against China. AUKUS introduced the supply of nuclear-powered attack submarines to Australia.

Second, Morrison rejected this week’s call from China’s new ambassador to Australia for talks to meet “halfway” over the disputes Canberra has fomented against Beijing over the past five years. Belligerently, Morrison ruled out any negotiation on 14 complaints against Australia that the embassy issued in November 2020, which included a ban on Chinese telecommunications company Huawei from providing 5G technology, and sweeping bans on Chinese investment in Australia.

Morrison repeated accusations that China’s ’14 points’ amounted to Australia’s ‘coercion’ and bragged about his record in helping the US and other imperialist powers portray China as the same way. “I was the one who went to the G7 and I threw the 14 points on the table about how Australia was being coerced by China, by the Chinese government,” he insisted.

In his own remarks to the media yesterday, Labor leader Anthony Albanese was quick to back Morrison in bracketing China with Russia, saying: “China is doing the opposite of what it should be doing. He told reporters that China’s refusal to denounce Russia showed “that it is not a democratic country either… [and] does not respect international law.

The Labor leader effectively gave the Morrison government a blank check to step up its intervention in the Ukraine crisis. When asked if he expected Australia to send troops, Albanese had no objections and stressed his close collaboration with the government.

Referring to briefings he had received from the government, military and intelligence agencies, Albanese said: “Listen, we will continue to be briefed, as I was a short time ago, A few days. We will have continuous briefings on this.

To underscore Labor’s unconditional commitment to the US military alliance and the increasingly aggressive confrontation with Russia and China, Albanese gave a lengthy interview to Greg Sheridan, the foreign editor of the AustralianMurdoch’s national media flagship.

In the interview, Albanese boasted that the AUKUS pact could not have gone ahead without the support of the Labor Party. He supported Morrison’s denunciation of China’s “14 points”. the strategic northern city of Darwin.

As it prepares for an election slated for May, Albanese is seeking to rebrand Labor as the main war party of Australian imperialism. He has joined or provided essential bipartisan support in every war of barbaric conquest waged by the United States since the start of the Stalinist dissolution of the Soviet Union, from the first Gulf War to the invasions of Afghanistan and Iraq and military interventions in Libya and Syria.

Defense Secretary Peter Dutton, who is positioning himself to replace Morrison as the government continues to be ravaged by collapsing approval ratings and internal factional warfare, has sought to outplay both the prime minister and the Labor leader.

Dutton called China’s failure to condemn the Russian invasion of Ukraine “very deeply disturbing”. As he has repeatedly, he again raised the specter of a Chinese move to forcibly reunite Taiwan, which is still internationally recognized as part of China. Dutton said Beijing was “probably watching to see what the reaction of the world is so they can do their own calculations on the track versus Taiwan.”

This corresponded to today’s editorial in the Australian, who said: “There are clear parallels between Mr. Putin’s ambitions in Eastern Europe and Xi Jinping’s visions for China. Both want to end American hegemony and assert their claims to being great powers.

The claim is part of the wall of anti-Russian and anti-China allegations launched by corporate media in Australia, seeking to build public support for Australian participation in US-led wars against these two perceived obstacles to American world domination.

Early polls in Australia show no widespread support for the war and a deep distrust of the Morrison government and the political elite as a whole, intensified by the COVID-19 catastrophe. But this barrage of propaganda is designed to confuse and cover up the decades-long campaign by the United States and its allies to encircle and subjugate Russia and China.

As the International Committee of the Fourth International declared yesterday: “Oppose the Putin government’s invasion of Ukraine and US-NATO warmongering! For the unity of Russian and Ukrainian workers! explained, the invasion of Ukraine, regardless of the justifications put forward by the Putin regime, will only serve to divide the Russian and Ukrainian working class and, moreover, will serve the interests of American and European imperialism.

The statement warned: “The Biden administration, by refusing to discuss Russia’s objections to Ukraine’s integration into NATO, has used Ukraine as bait. He instigated the invasion, which will now be used as a pretext to intensify the confrontation with Russia.

The Australian government and its Labor partners, backed by the media, are fueling this confrontation.

To further clarify the critical historical issues at stake, the WSWS is hosting an international online webinar this weekend, “Fight COVID! Save Lives! Stop the March to World War III!” Speakers will develop a political agenda to build a global movement of the working class against war and the pandemic.We invite our readers to register and participate.