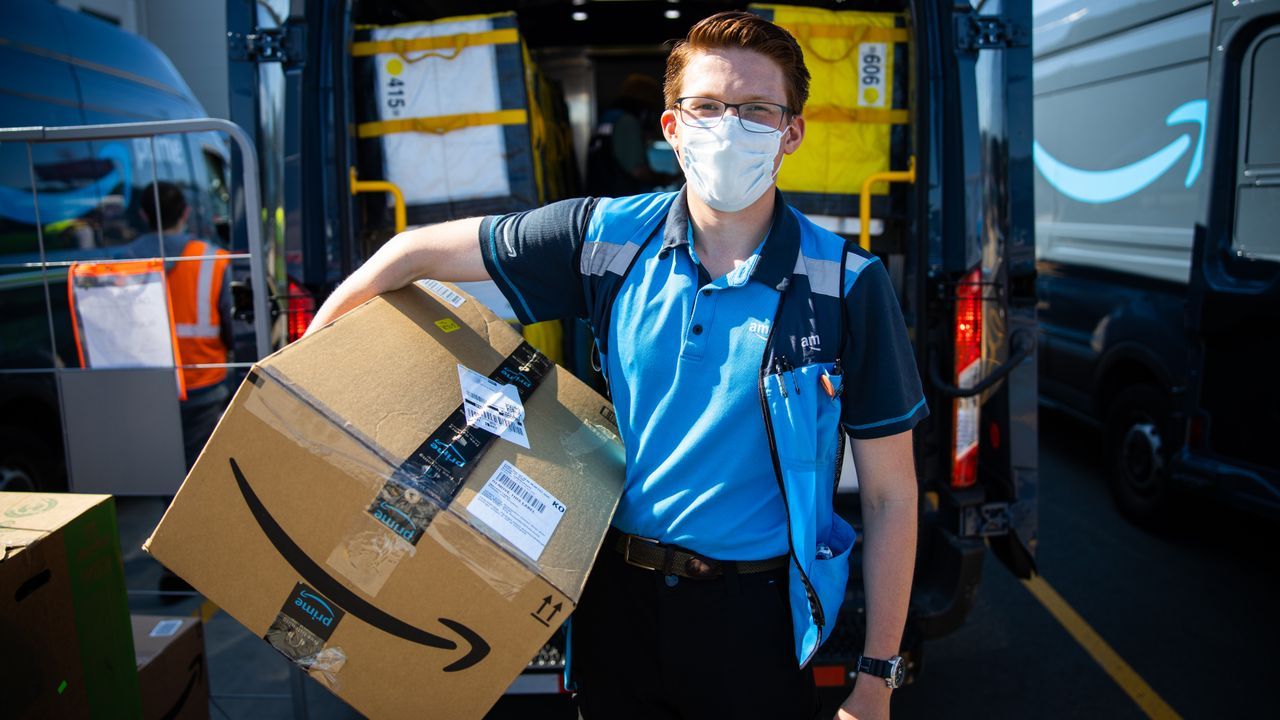 On Friday, October 29, Amazon announced that fully vaccinated workers could do without face masks. An internal memo was sent to workers via text message, stating, â€œWe are happy to report that as of November 2, fully vaccinated employees who have uploaded their vaccination information to A to Z [Amazonâ€™s scheduling and informational app for workers] will have the option of not wearing face coverings at Amazon’s U.S. sites of operations, unless otherwise specified by federal, state, or local regulations.

Amazon’s text continued: “As the scientific community has learned more about the benefits of vaccination against COVID-19, it is now clear that for most fully vaccinated people, the risk of contracting and transmitting a coronavirus is extremely weak. “

While vaccines have been shown to reduce symptoms and hospitalization rates in those who have contracted the virus, vaccination alone cannot eliminate the virus. Immunization is only one tool among a range of public health measures (such as testing, contact tracing, and the closure of non-essential businesses and schools) that must be implemented to end the the pandemic.

Minimizing the threat of the pandemic is useful for CEOs of companies, who have massively increased their own wealth from the start. Amazon CEO Jeff Bezos increased his personal fortune by around $ 80 billion to a total of more than $ 200 billion during the pandemic. During this time, many of its employees fell ill and others died. In October 2020, Amazon announced that more than 20,000 Amazon employees had been infected with COVID-19, a number that is now certainly exceeded. Amazon has rarely released information on infections and deaths in its workplaces, so it’s uncertain the exact magnitude of those numbers today.

In May, Amazon dropped its mask requirements following new guidance from the Centers for Disease Control (CDC) that said all people vaccinated in the United States “may participate in indoor and outdoor activities, large or small. small, without wearing a mask or physical distancing. . ” The World Socialist Website said at the time that the CDC’s guidelines reflected a “political, not scientific decision” to advance business interests by removing barriers to profits.

In response to this first abandonment of COVID-19 face mask protocols, the Baltimore Amazon Workers Rank-and-File Committee issued a statement saying the new policy would “place the responsibility for any continued spread of COVID-19 on workers themselves. themselves “, while” absolving [Amazon] and its reckless policies of all blame. The committee went on to warn that “there is no reason to believe the pandemic is over.” That warning was proven correct two months later when, on August 9, Amazon responded to an increase in the number of cases by reinstating mask requirements.

Today, Amazon has largely abandoned staggered shifts, a ban on standing meetings, and other protective measures it enacted earlier in the pandemic. The company’s decision not to force unvaccinated workers to wear masks will make conditions more dangerous and have dire consequences.

The company faces labor shortages and has previously expressed concerns that it is burning its workforce with high turnover. Amazon is looking for ways to get workers to work for them during the holidays, the busiest time for logistics, warehouses and distribution centers. Amazon has a turnover of almost 3% of its total workforce each week and a staggering 150% of its workforce each year. “This rate”, according to a New York Times article on the topic, titled “The Amazon Customers Can’t See”, is “almost double that of the retail and logistics industries [and] made some executives fear shortages of workers across America. “

Amazon in September granted meager starting salary increases of $ 15 to $ 18 an hour that ignore the cost of living in the cities in which the company operates its warehouses. However, economic necessity will cause many workers to take this inducement, putting their safety at risk and further fueling the spread of COVID-19.

Amazon has gained notoriety for its poor security record. In 2020, Amazon reported a rate of 6.5 injuries per 100 â€œfull-time equivalentâ€ workers in its warehouses. In October 2020, OSHA cited Amazon for failing to provide adequate health and safety training at two California facilities.

The company’s record during the pandemic has been catastrophic. Amazon was ordered to close a facility near Toronto, Canada for two weeks in March due to a significant increase in COVID-19 infections, even as infection rates declined in the surrounding Peel region since weeks. In Oregon, one of the worst outbreaks of COVID-19 has occurred at Amazon’s Troutdale facility, which has reported 345 cases since May, bringing that facility’s total to at least 500 cases since the start of the pandemic. Amazon Troutdale has seen the number of cases surpass even those in overwhelmed medical centers such as Salem Hospital, which had seen 299 cases since May.

At all times, the policy of corporations and their political servants has been to put business interests ahead of saving lives, while slandering scientists whose data contradicts and conflicts with corporate agendas. After the complete botch of the health response by political authorities for almost two years now, including uneven and contradictory response measures, some workers have taken a cynical stance towards the public health measures, and may be drawn to the idea to work for Amazon without masks. As a result, thousands of maskless workers could be mingling in tight spaces this holiday season.

Disregard for workers’ health and safety means workers must organize to protect themselves. The World Socialist Website urges Amazon workers to follow the lead of Amazon workers in Baltimore and establish grassroots safety committees. These committees must democratically define demands for safe working conditions and fight to unite with Amazon workers in the United States and around the world to insist that life comes before corporate profits.

Sign up for the international Amazon Workers Voice newsletter

For more information, strategy and updates, sign up below.

Stablecoins could wreak havoc in the financial system