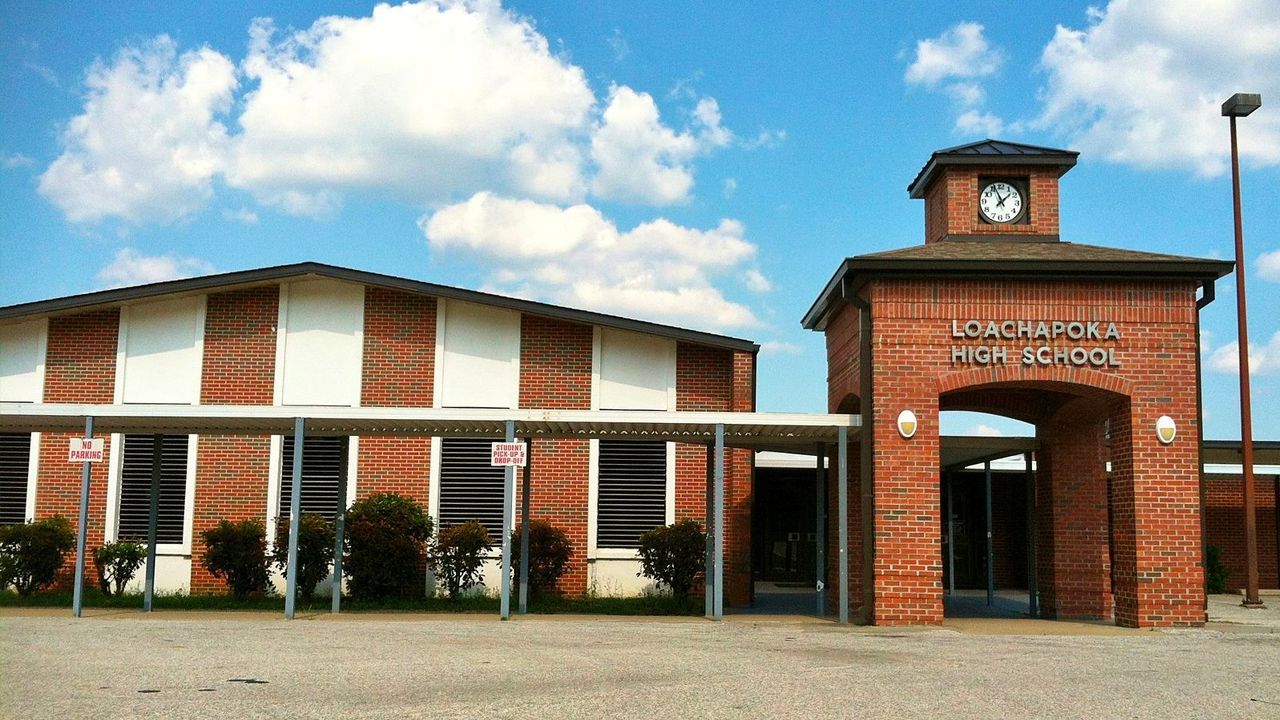 Last week, the Alabama legislature approved a record $8.26 billion budget for education with the largest teacher salary increases since the mid-1980s. The increases are an attempt to stem the collapse of public education in the state and to slow the mass exodus of chronically underpaid teachers.

the New York Times, covering this and similar meager raises nationwide, expressed hope that the small pay raises could “appease teachers amid labor issues as teachers have gone on strike in cities like Sacramento and Minneapolis”. The Democratic Party spokesperson expressed the deep concern of the ruling elite over the growing movement of workers against poverty pay levels and social inequality exacerbated by the pandemic and the US proxy war in Ukraine.

Alabama’s Education Trust Fund (ETF) budget includes an initial increase for fiscal year 2023 ranging from 4% for those with less than 9 years of experience, up to 21% for those with 35 years of experience. Thereafter, there will be annual step increases of 1% for all teachers, ending after 35 years of teaching. Republican Gov. Kay Ivey, who faces several opponents in the May primary election, is expected to sign the bill shortly.

The response on social media was rightly angry. “To have a real impact [retention] teachers need salary increases of 25-30%. We have been underpaid for decades,” one said. Another added: “too little, too late”.

Apparently, Randi Weingarten, president of the American Federation of Teachers, commenting on recently announced salary increases across the country, told the New York Times, “Let me just say this: it’s never too late.” She continued, “People don’t go into education to get rich, but they should be able to raise their kids on a living wage.” Despite the warning, Weingarten, earning more than $500,000 a year, apparently chose the first reason.

For its part, the Alabama Education Association also gushed about its endorsement of the measures. “Feeling #1 was: It’s about time, and it’s greatly appreciated,” said Amy Marlowe, executive director of the association. Inadvertently pointing out the union’s failure to fight for living wages for decades, she noted that this is the first time Alabama teachers have seen a pay rise of this magnitude since 1983. past two decades, the legislature has approved cost-of-living raises, ranging from 2 to 7 percent, just eight times.

The result was that Alabama teachers subsist on poverty wages. The state is ranked 35th out of 50 states in salaries, with teachers earning an average of $10,000 less per year than their colleagues in other states. The current legislation absolutely fails to compensate for these decades of wage stagnation.

For most teachers, the larger initial increase won’t even keep up with price increases in 2022. Teachers rightly noted on social media that we’re “essentially breaking even…inflation and the cost of living”. Another added: ‘What a joke!! 1% pay rise… you still go down the drain every year when insurance goes up,’ another added.

Teachers also wondered if the money would even make its way into teachers’ paychecks, or if it would be reduced after passing through the hands of local school boards and superintendents.

According to the March 2022 Consumer Price Index for All Urban Consumers report from the Bureau of Labor Statistics, inflation has hit the South harder than other parts of the country. The rise in inflation over the past year has averaged 9% across the region, putting it above the national average of 8.5%. In other words, teachers — like workers across the United States — will struggle to eat and get gas in their cars.

The latest ETF follows last year’s initiative, TEAMS (Teacher Excellence and Accountability for Mathematics and Science), which sought to take advantage of the plight of educators by bribing them to give up their rights. Teachers in the program signed one- or three-year contracts to earn up to $20,000 more per year, but lose their continuous service or tenure status.

To give an idea of ​​the terrible inadequacy of these increases (called by the New York Times “good news” and “meaningful”), the average teacher in Alabama, with a master’s degree and 11 years of experience, will only receive a 7% raise, less than the rate of inflation. That’s the princely sum of $4,015, before tax. An Alabama teacher with a bachelor’s degree would have to be in the 20th year of teaching to see an increase of more than $5,000 to cover only the estimated costs of increased food, fuel, and basic needs that financial analysts expect to reach in 2022.

Not to mention the fact that many of these educators, after years of training, are saddled with student loan debt incurred for additional degrees.

The AEA’s endorsement of the Alabama budget is just its latest betrayal of teachers’ interests. The union has become notorious among state teachers for its refusal to fight the deadly reopening of schools throughout the COVID-19 pandemic.

At the height of Omicron’s surge, when Alabama schools were reopening without even the most minimal mitigation measures in place, AEA representative Anna Bern said the organization was determined. to “keep schools open” and would focus on “advocacy” for mask mandates.

The pandemic has exacerbated the severe shortage of educators nationwide, for good reason, as school workers have been on the front lines of demands from big business politicians for workers to return to dangerous job sites, no matter what. the number of people who get sick or die.

Although no official tally has been released, an unofficial Twitter tracker has documented at least 22 educator deaths in Alabama since the start of the 2021-2022 school year. In September 2021, before the peak of the Delta and Omicron waves, Birmingham City Schools District reported that eighty staff and one student died from COVID-19. During the winter of 2020-2021, eight educators died at Montgomery.

Regarding the impact of the pandemic on children, the state stopped publicly reporting pediatric COVID-19 deaths in July 2021, before Delta and Omicron waves swept through the United States and caused record infections, hospitalizations and deaths among children across the country.

A survey conducted by the National Education Association (NEA) in January found that 55% of its members intended to leave teaching earlier than expected “because of the pandemic”, compared to 37% in August 2021. serious. There are already 567,000 fewer educators in public schools than before the pandemic began, according to the Bureau of Labor Statistics. Meanwhile, the ratio of new hires to job openings hit a record high of 0.57 in January.

Prior to the pandemic, Alabama’s Teacher Shortage Task Force in 2019 reported the severe shortage within the state. Thirty percent of all Alabama classrooms were taught by teachers outside of their area of ​​expertise, and 1,700 high school teachers were teaching with emergency or out-of-area certification. From 2010 to 2019, the number of students entering teacher education programs fell by 40%. Only 4% of high school students taking the college admissions ACT said they would consider a career as a teacher, down from 12% in 2015.

Last year, more than 3,500 teachers and school staff retired after the 2020-2021 school year, the most in a decade. A survey conducted by the Alabama Commission on Higher Education in May-June 2021 of K-12 public school educators, including teachers and other school personnel, found that 38% of respondents said they plan to leave within five years. A further 17% planned to leave within five years.

Of those planning to leave within five years, 47% cited burnout as a contributing factor, 41% cited both lack of respect in their jobs and low pay. Even among respondents who weren’t considering leaving, 44% said burnout was a problem and 42% said their salary was too low.

The consensus was that in addition to needing significant salary increases beyond what had been approved, teachers are also quitting due to overstaffing, onerous administrative pressures, testing requirements standardized and hostile work environments. As one teacher noted, “The education system is broken and it will take more than money to fix it.

Desperate stalling by state officials in the face of growing class struggles, propelled by the rising cost of living due to the ongoing pandemic and compounded by the outbreak of war in Ukraine, is not unique to the ‘Alabama. In Louisiana, the Board of Elementary and Secondary Education passed a budget that included a $1,500 increase for certified teachers. Tennessee Governor Bill Lee has also proposed a similar $1,550 increase for teachers in the upcoming budget. This translates to an increase of only $125 and $129 per month.

In Mississippi, which ranks last in the NEA’s estimates of the national average teacher salary, the legislature recently passed the largest teacher salary increase in state history. Even that is only an average increase of $5,140 in the first year, followed by annual increases of only $400, with increases of $1,200 to $1,350 every five years.

Meanwhile, the ruling elites, represented by both capitalist parties, spared no expense in their reckless drive toward war, with the swift passage of the Biden administration’s record $800 billion military budget.

There is plenty of money to fully fund free, high-quality education for all students, but it requires a vast redistribution of resources away from the war machine and the super-rich. Mobilizing a struggle for their demands requires teachers and school workers to organize independently of official unions and associations, which are hand and foot tied to politicians and school officials who have carried out continued attacks on public education. .

The Southern Educators Rank-and-File Safety Committee fights to unite the working class across the region, in solidarity with committees across the United States and abroad, to lead a fight against the pandemic, austerity and the threat of war. Contact us to find out how you can join the fight!

I would like to discuss joining or creating a grassroots educator committee:

Why Punjab, Bihar, Rajasthan, Andhra, UP must learn from Sri Lanka, reduce debt and giveaways